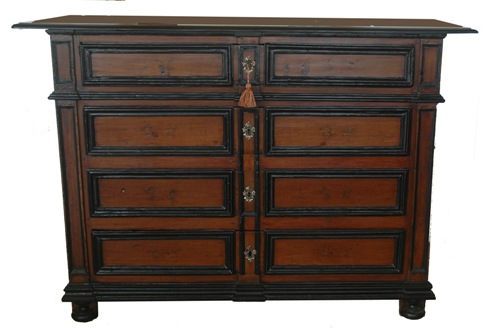 The chest of drawers in the manner of church furnishings, colloquially called tas-sagristija, continues to be made through to the early 19th century. The heavy panelling is shallower and applied linear mouldings are less pronounced. Some restored chests in this post lack black profiles; this could be attributed to restoration and preferences. 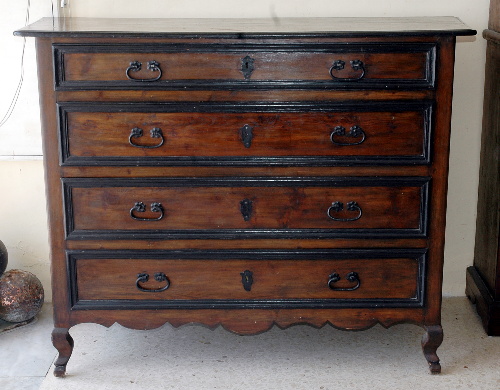 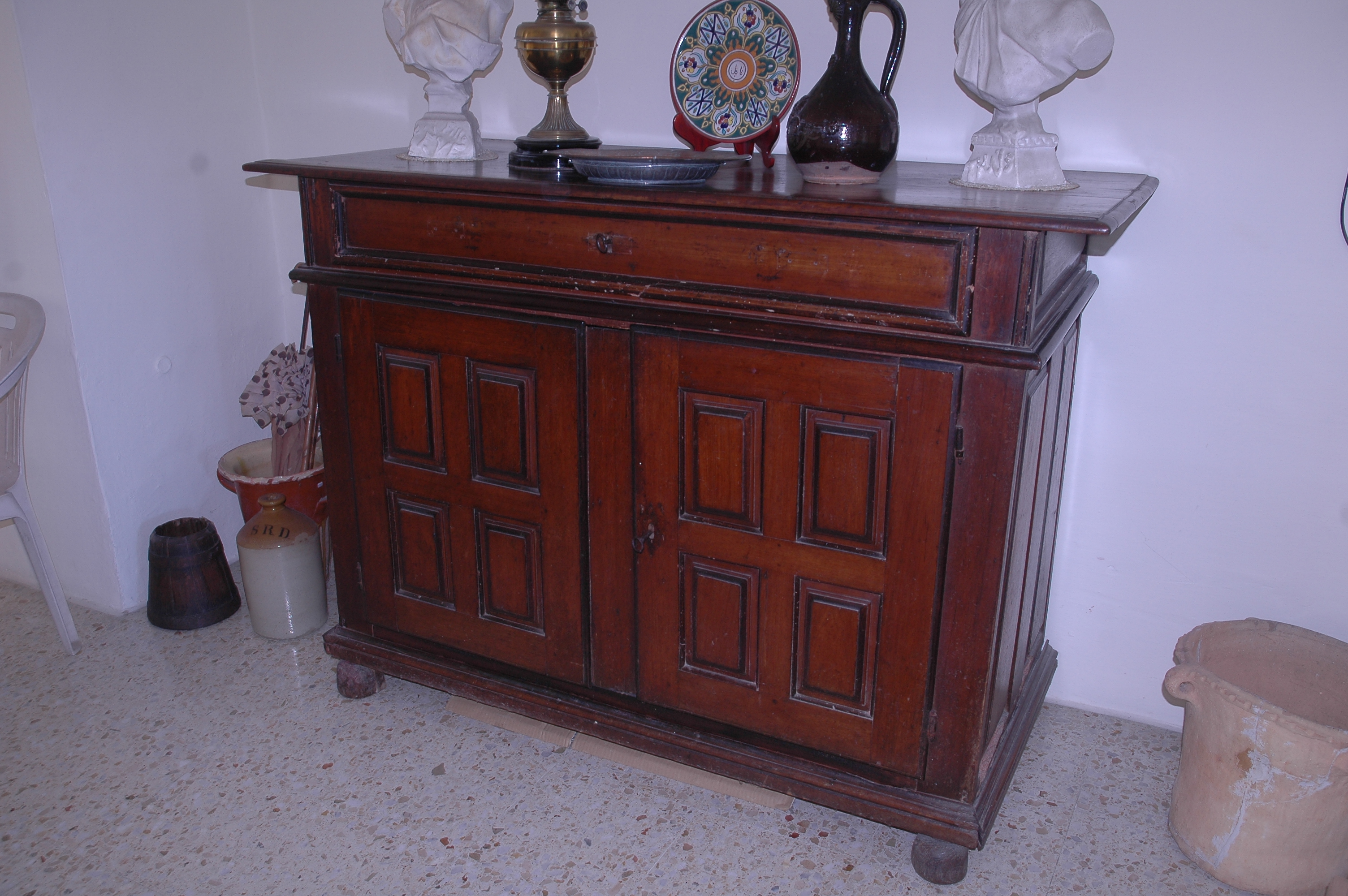 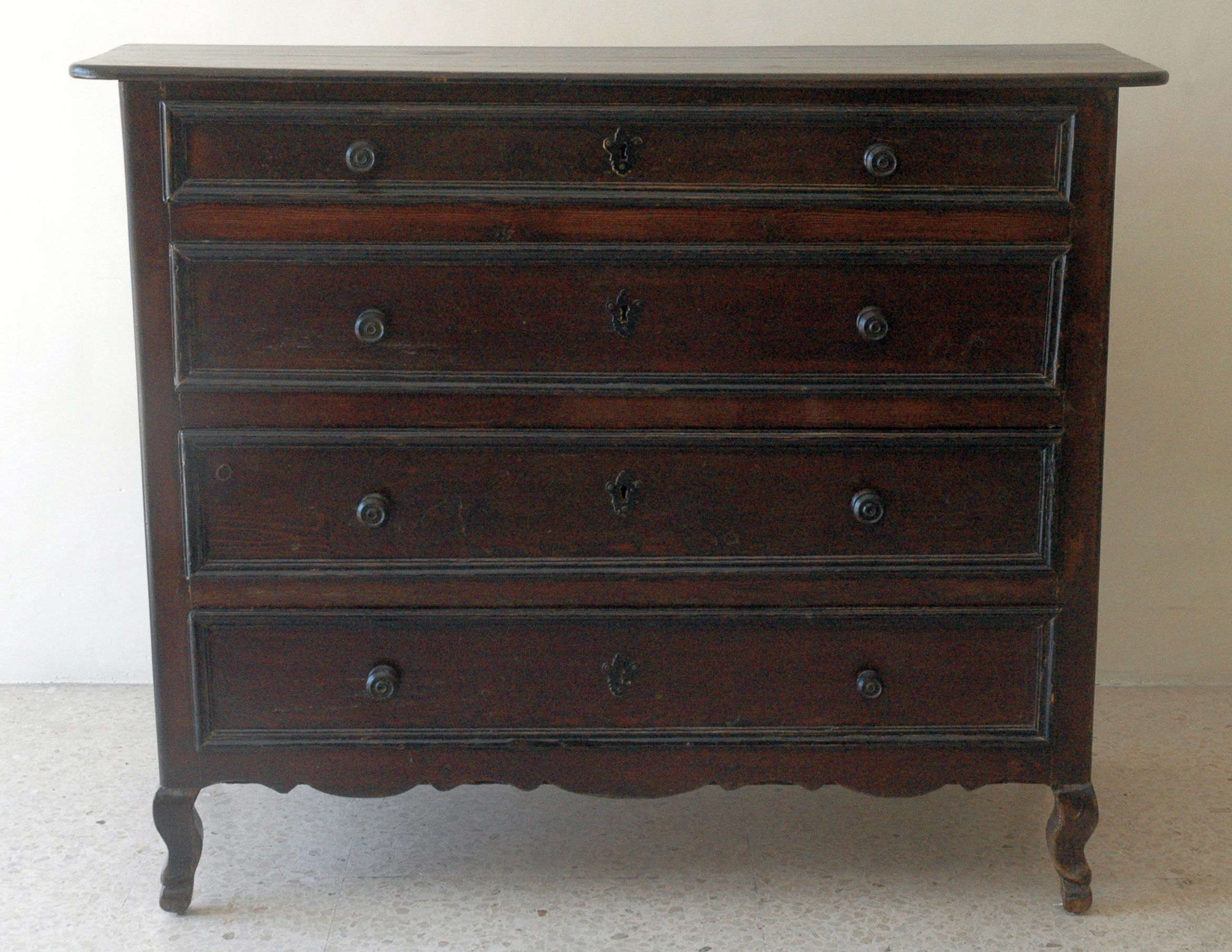 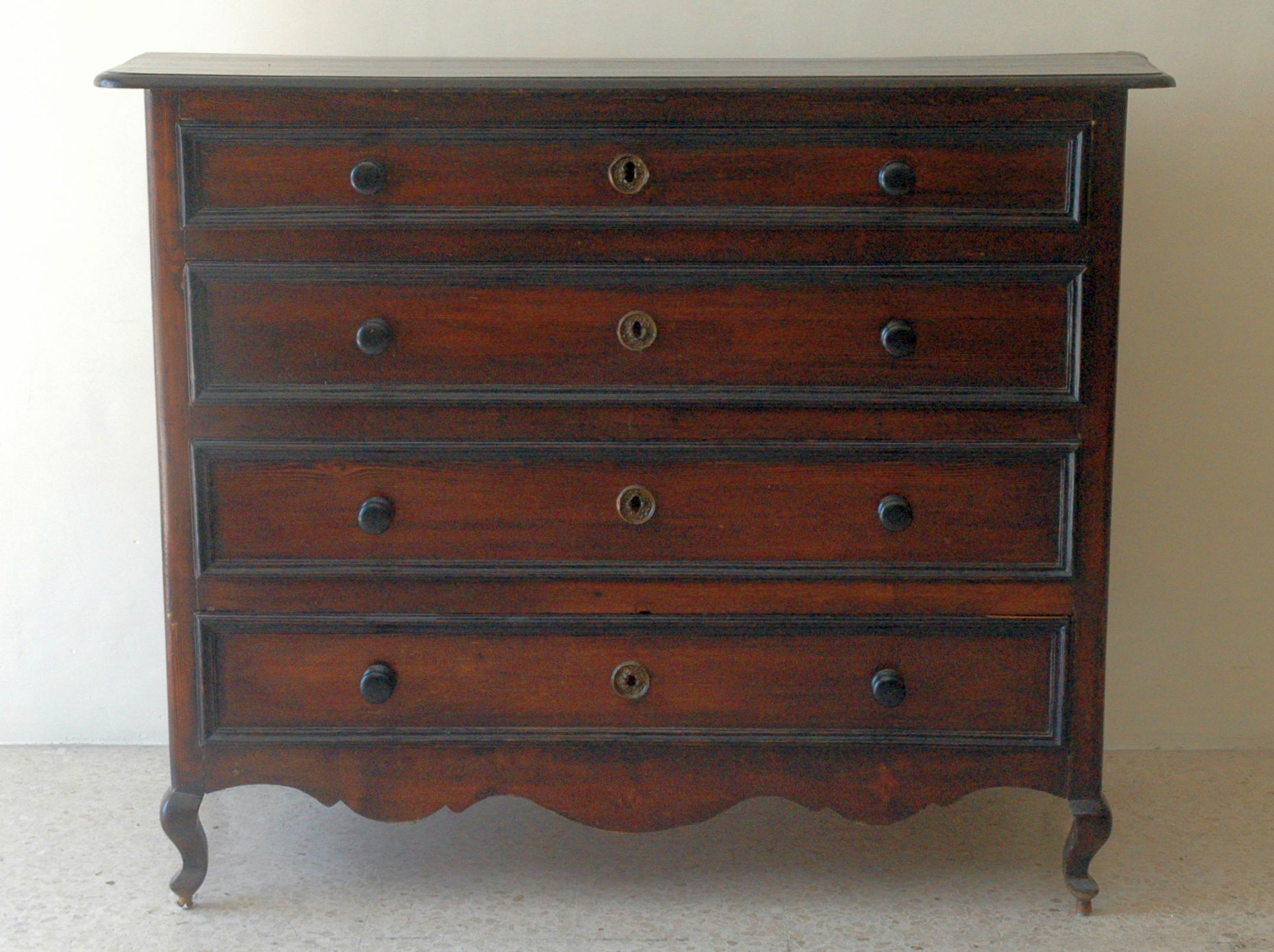 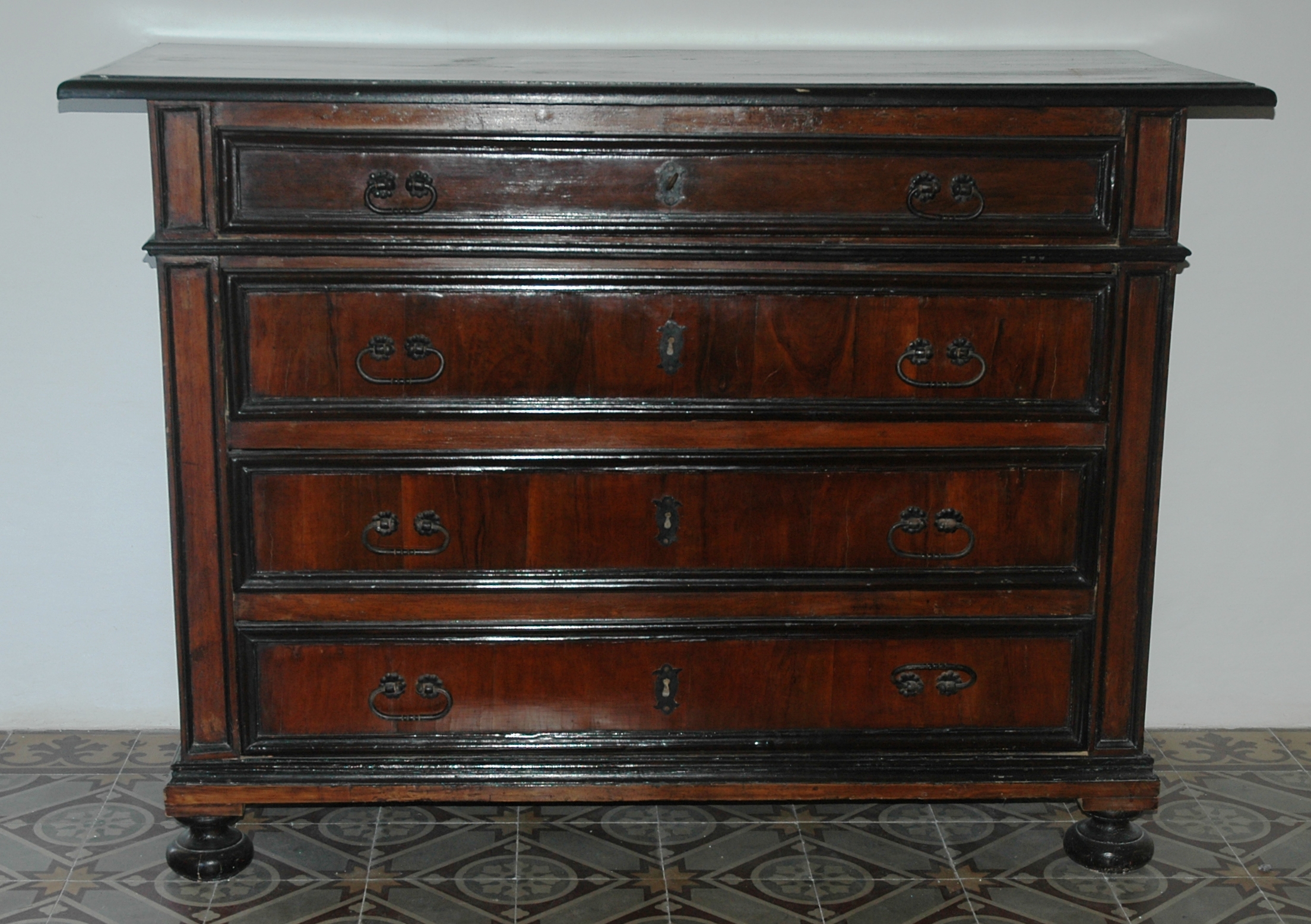 Placing the rustic Maltese chest in defined periods through the 18th and early 19th century is not easy due to the unchanging facets of this furniture. The bun foot is found through the 17th and 18th centuries while the hoof foot appears mostly in the 18th century. In this case it would be safe to state that chests (above) on bun feet are considered older than those on hoof feet. Above: An unusual ‘rustic’ chest in chestnut, of small proportions, raised on hoof feet, ca 1780