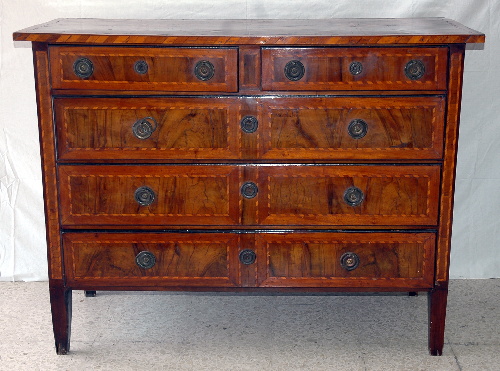 The 19th century straight fronted chest of drawers moves gradually from the full olive-wood veneer to the introduction of mahogany veneer accompanied with olive-wood as a feature. This type of chest carry the 3 current styles of oval, star and cross inlay motif accompanied by string inlay. The foot is a short square taper and never a hoof or cabriole.

The introduction of ‘geometric band inlay’ is attributed to the later manufacture of these chests, a trend seen in other 19th century chests. 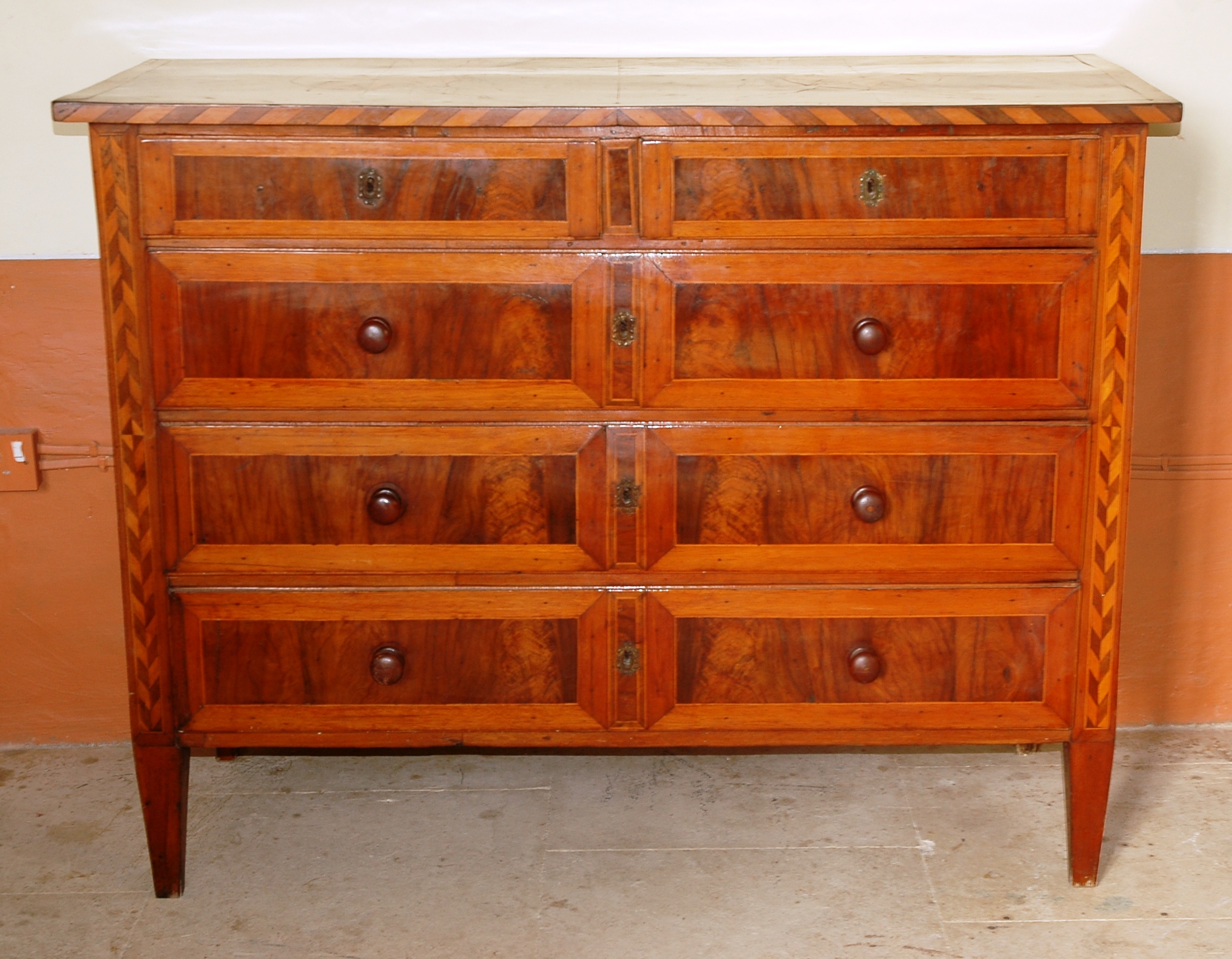 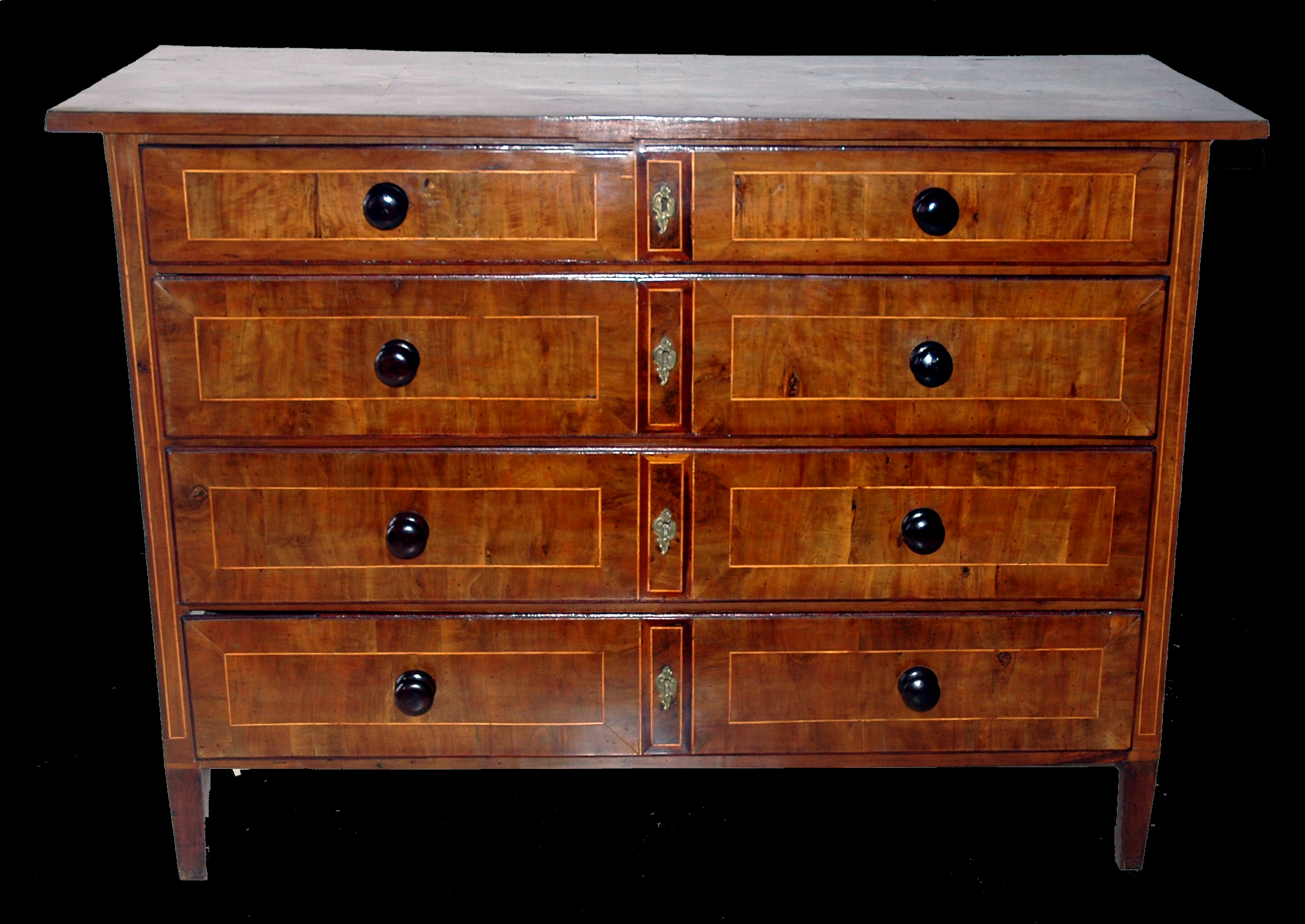 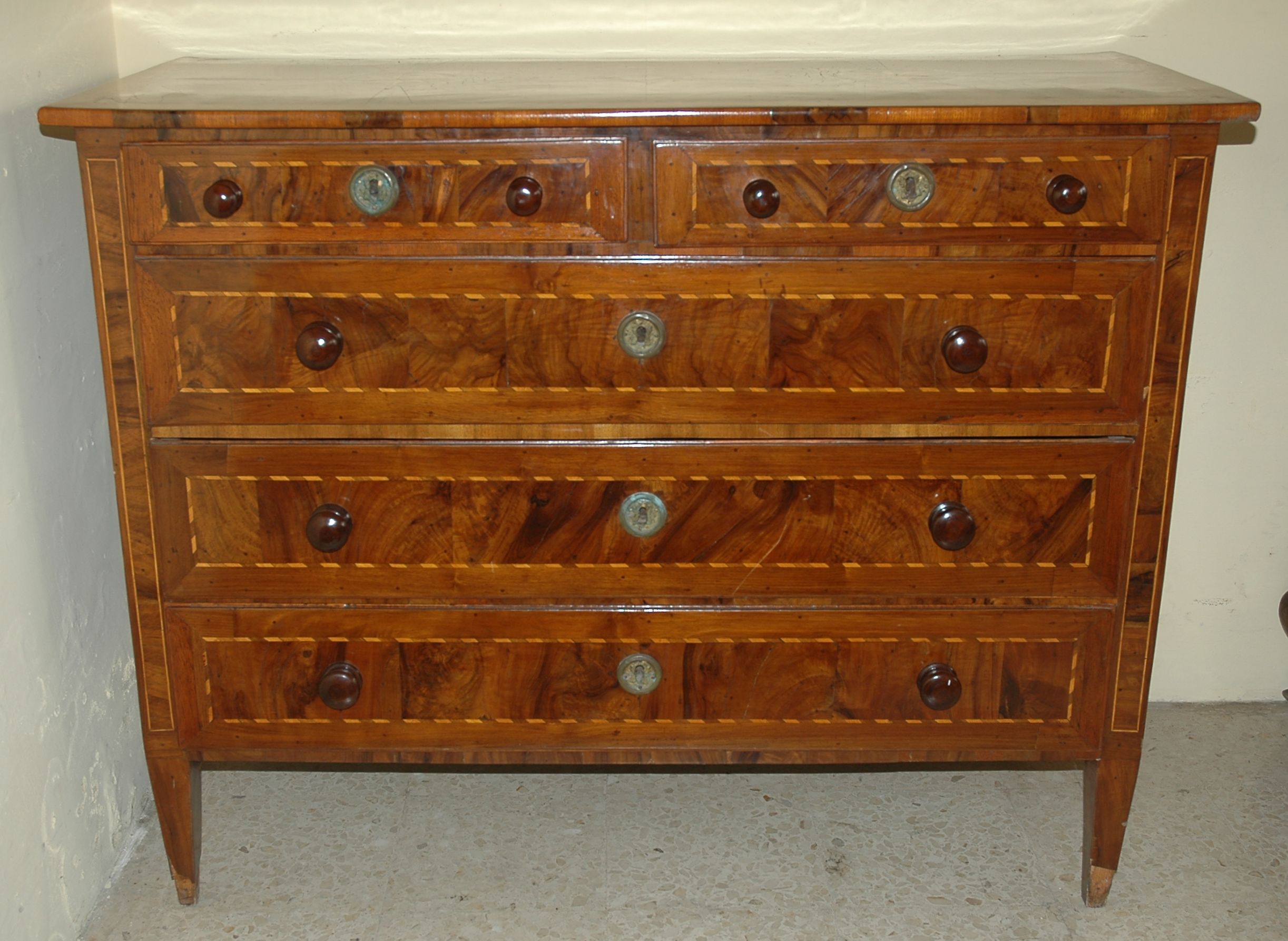 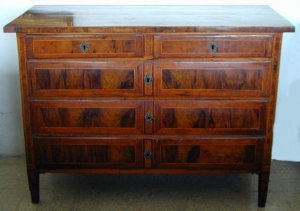 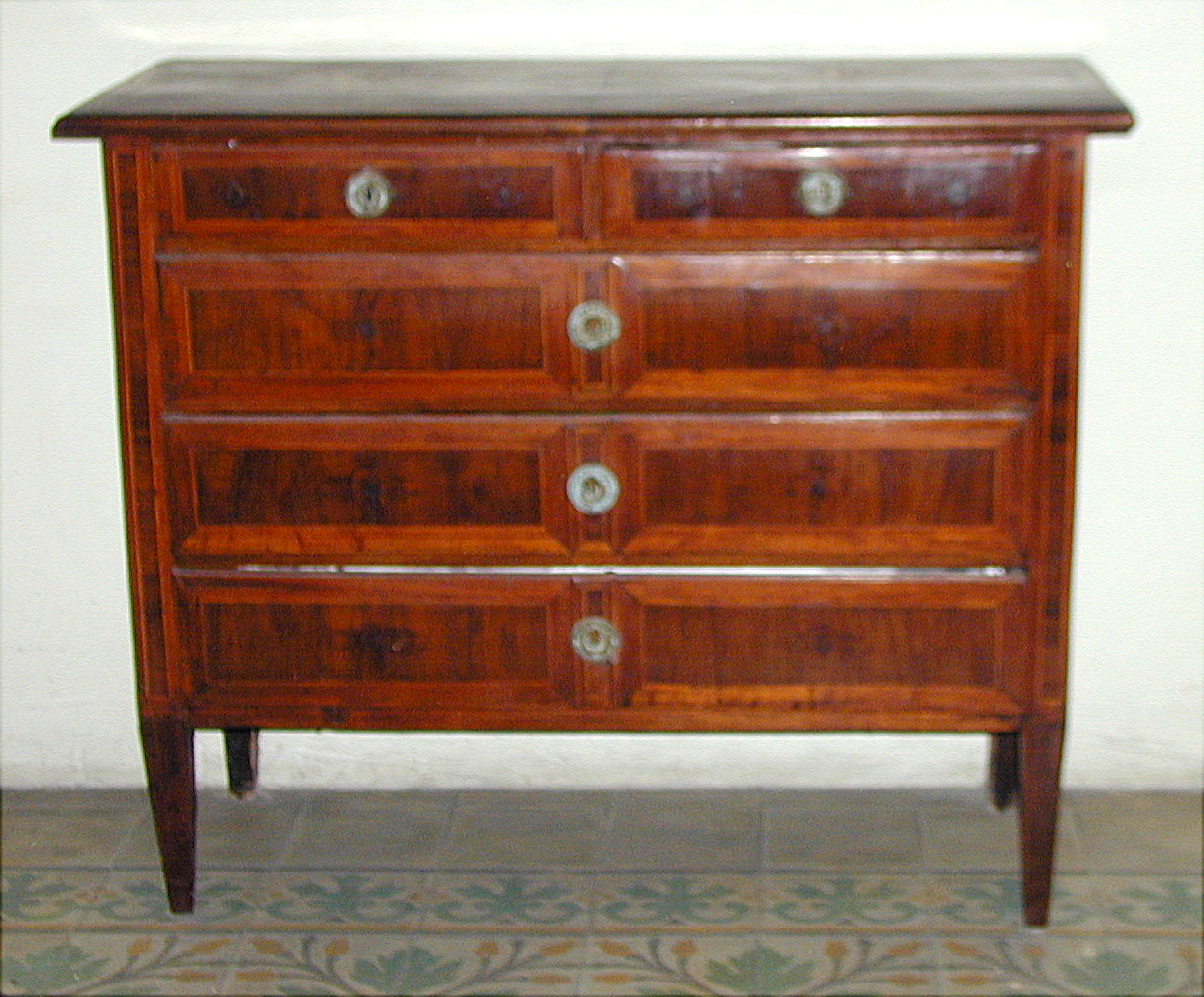 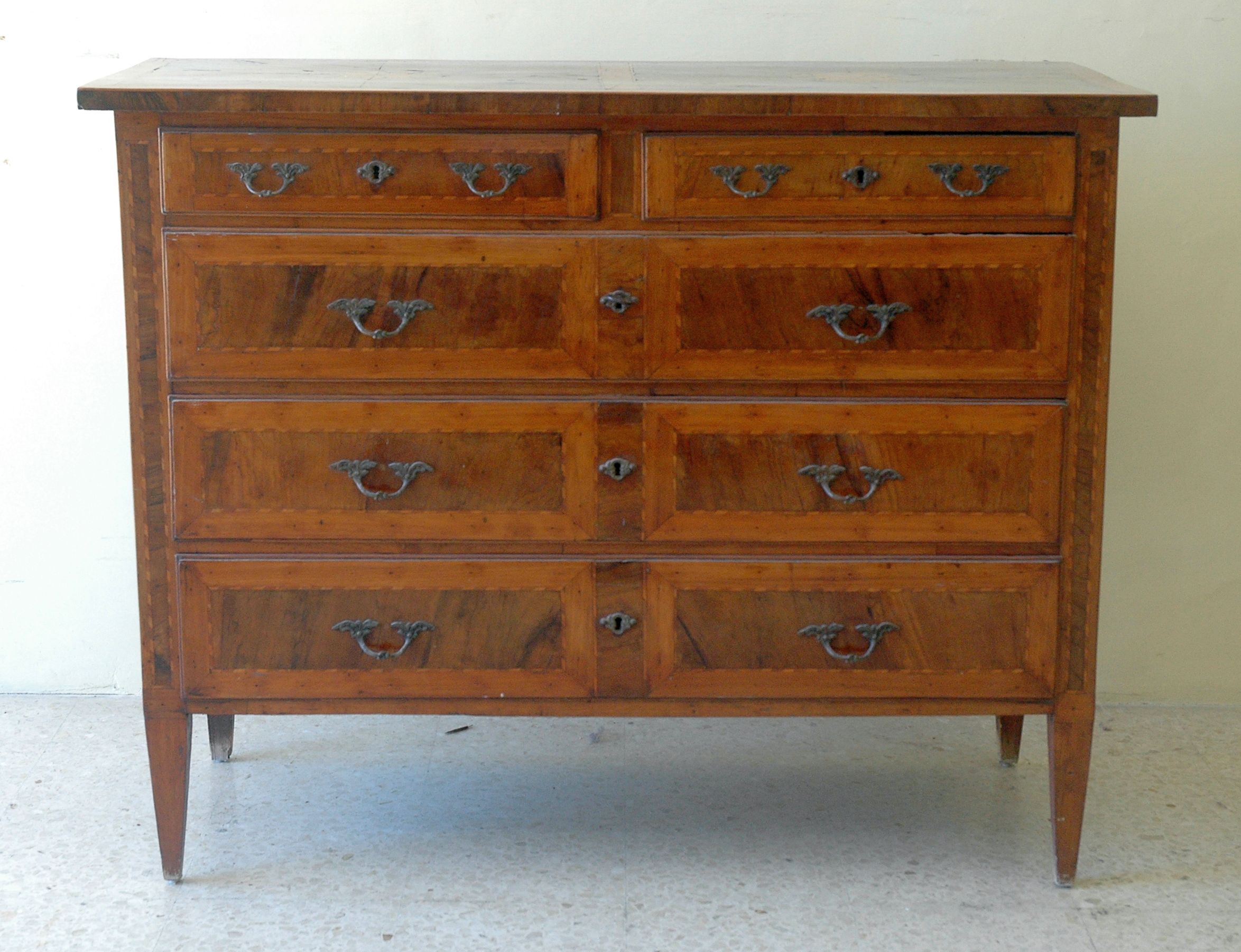 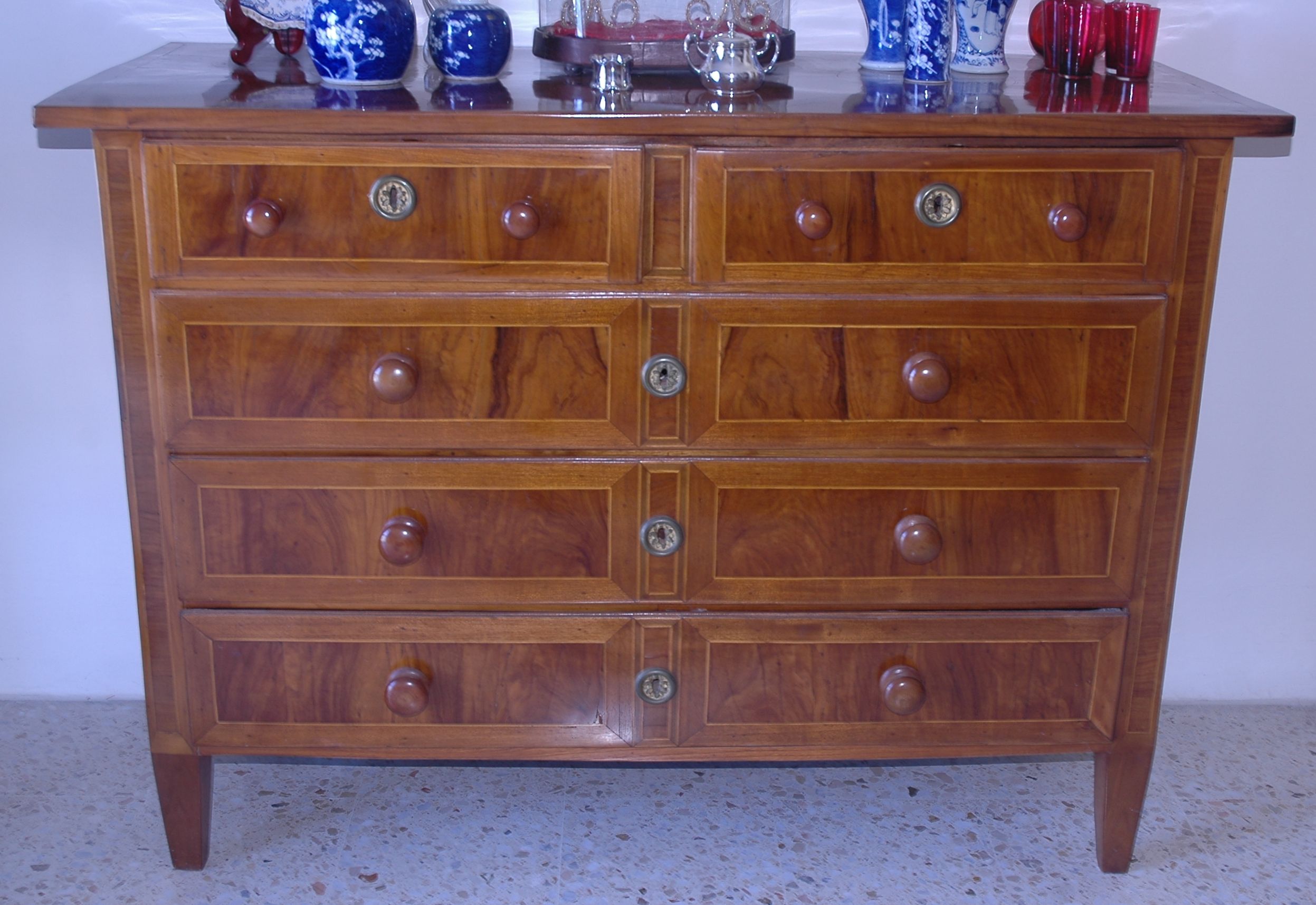 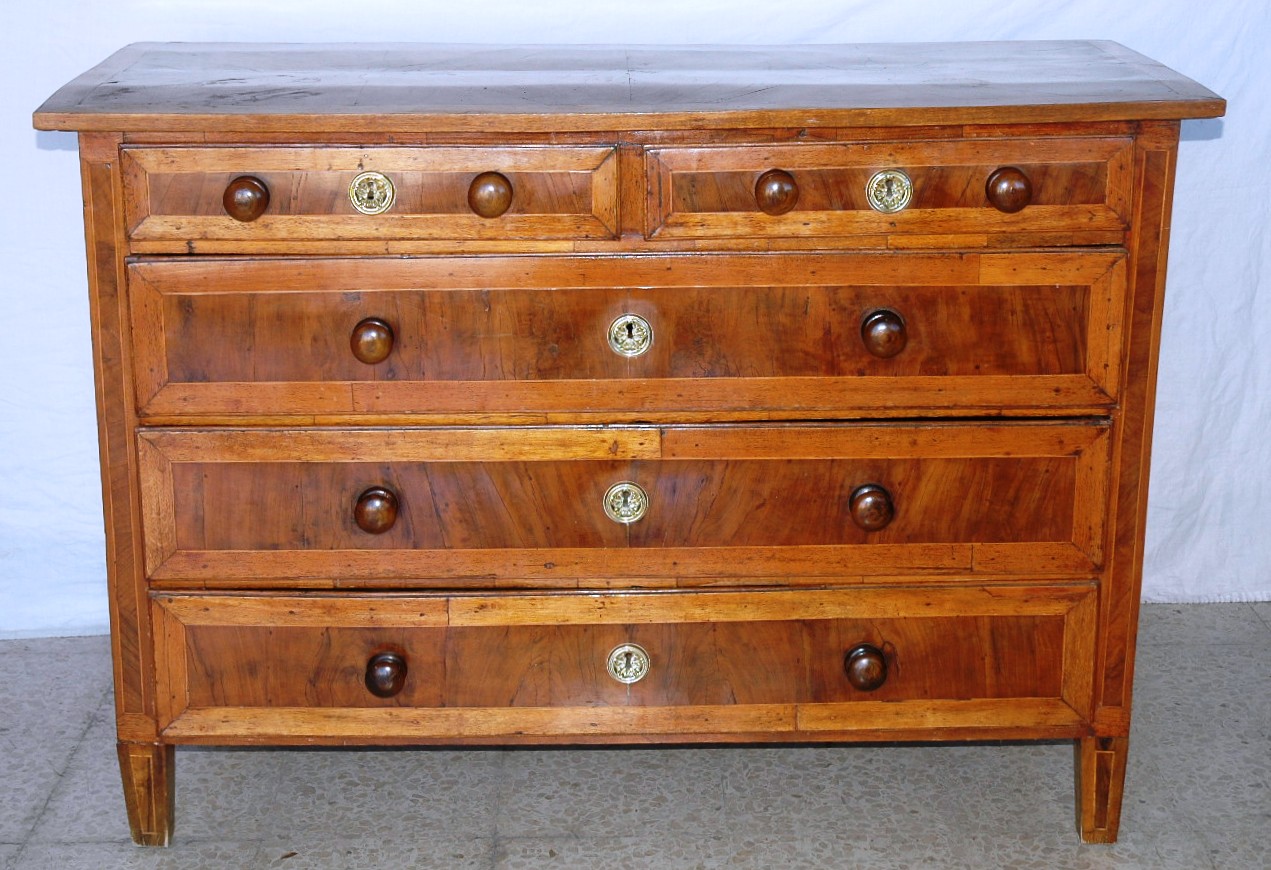 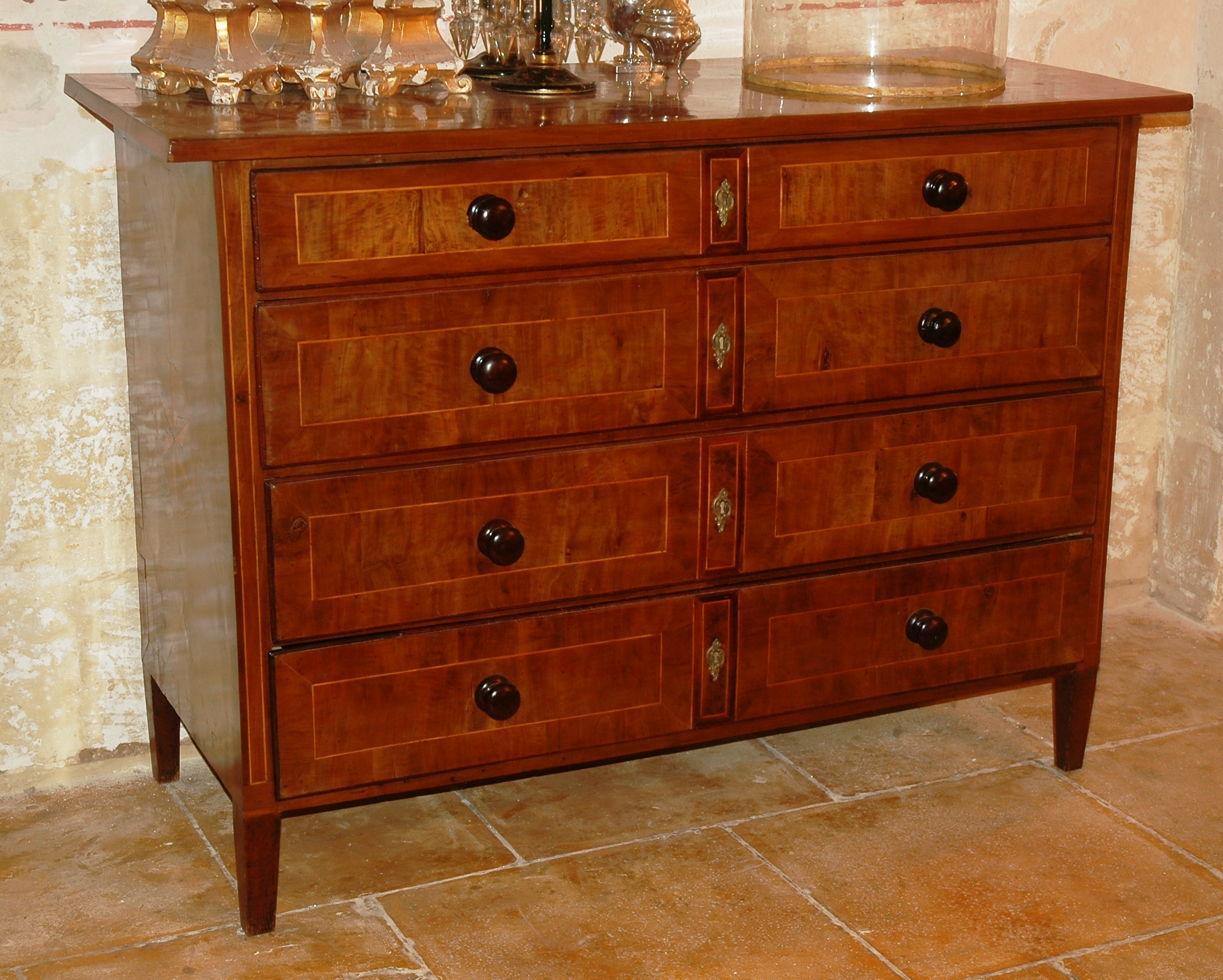 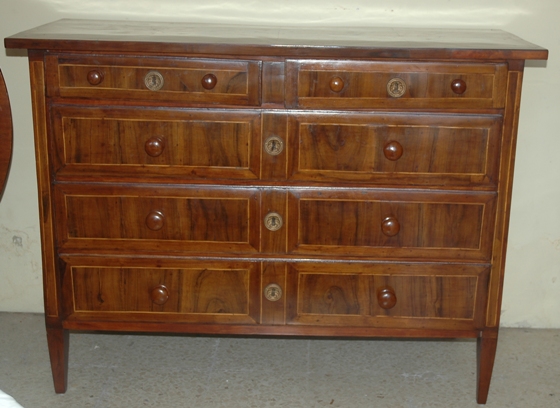 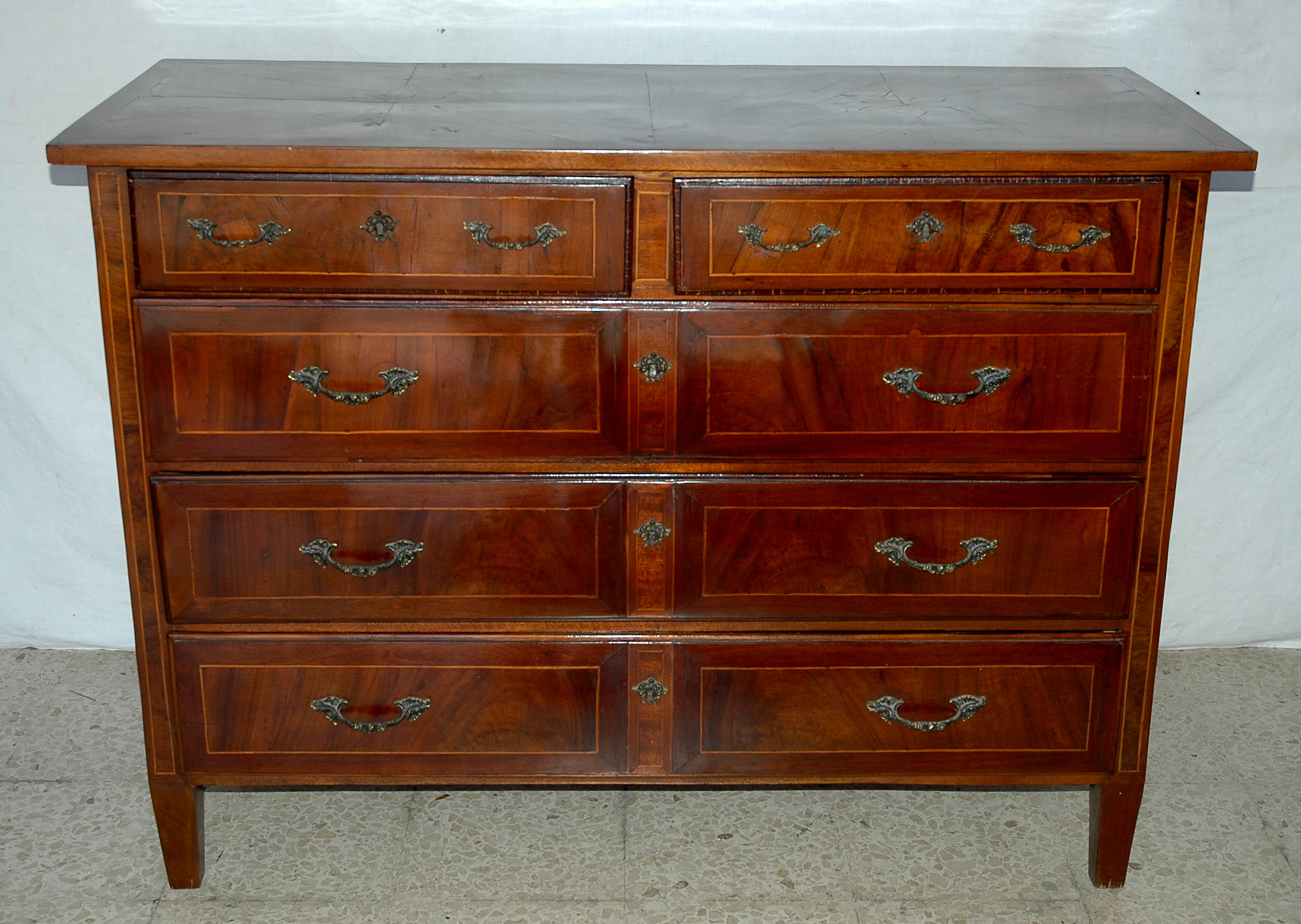 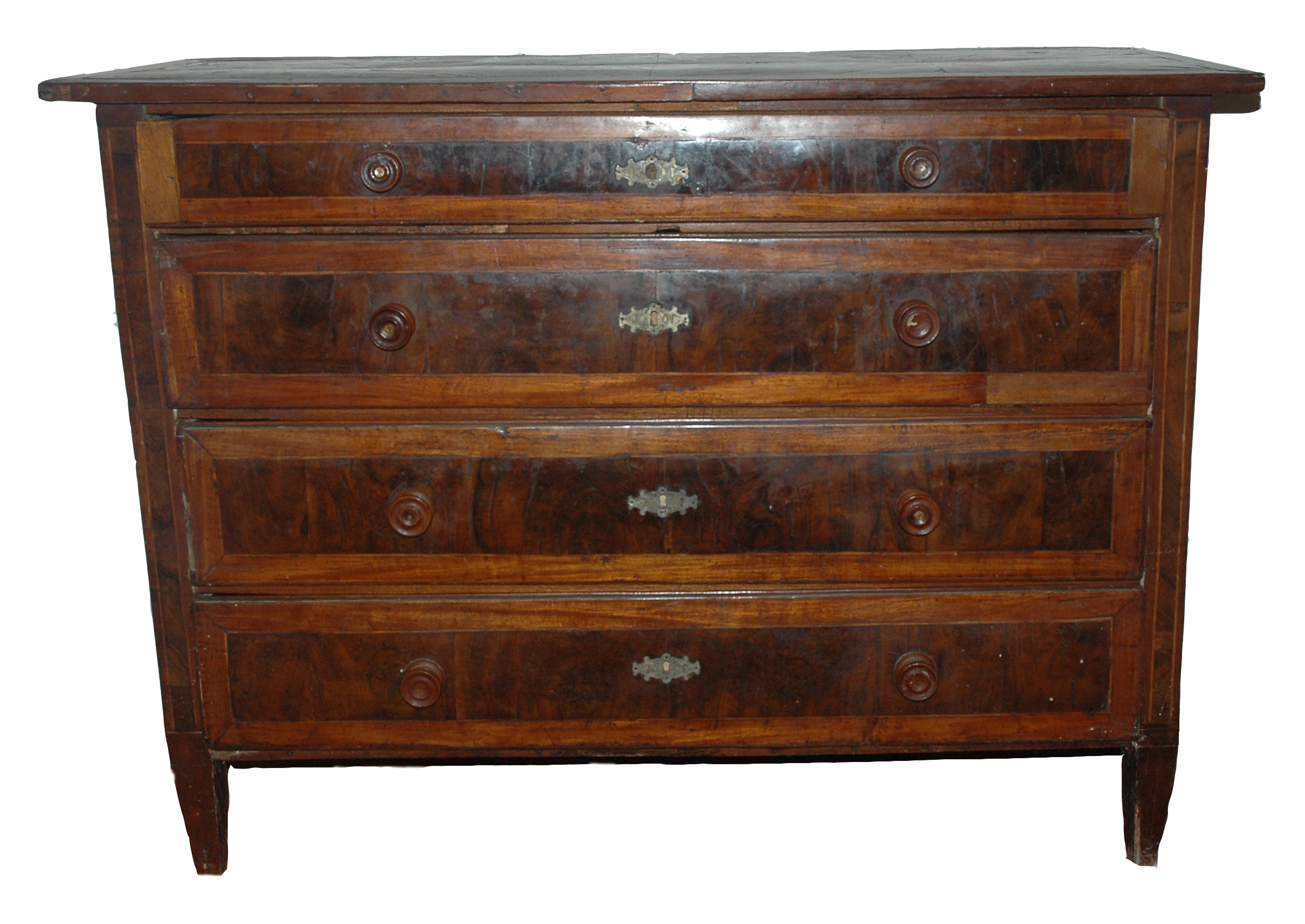 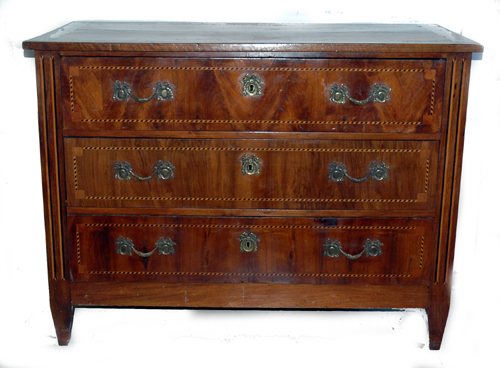 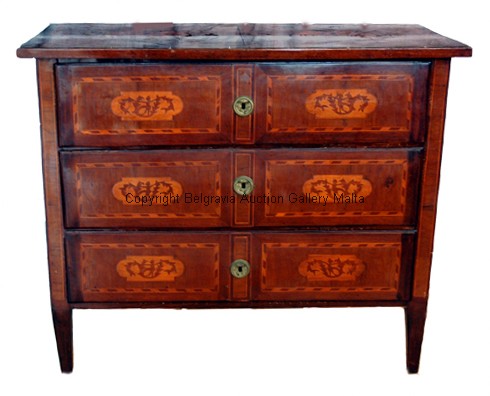 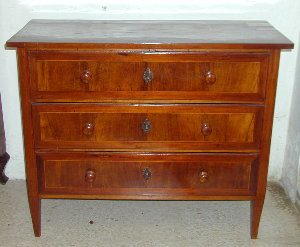 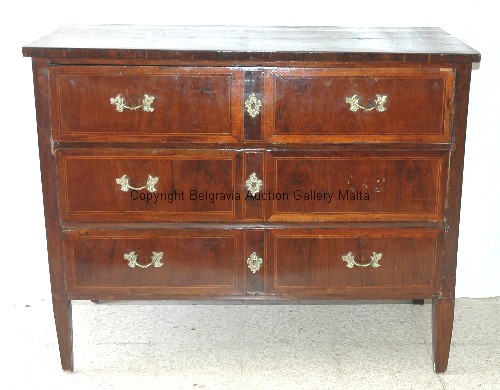 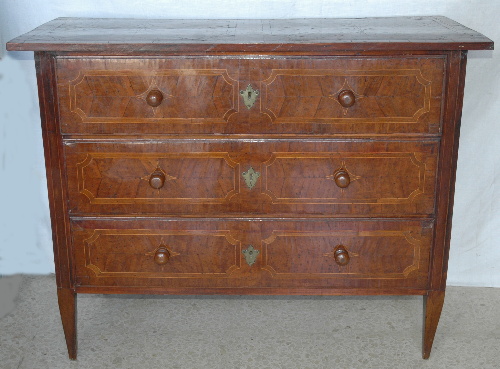 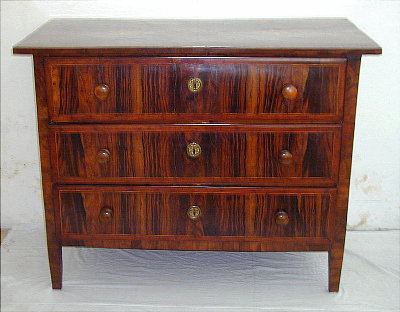 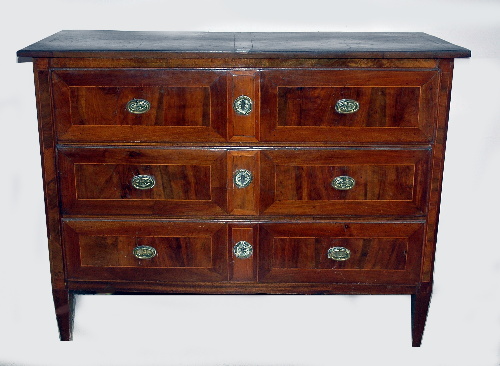 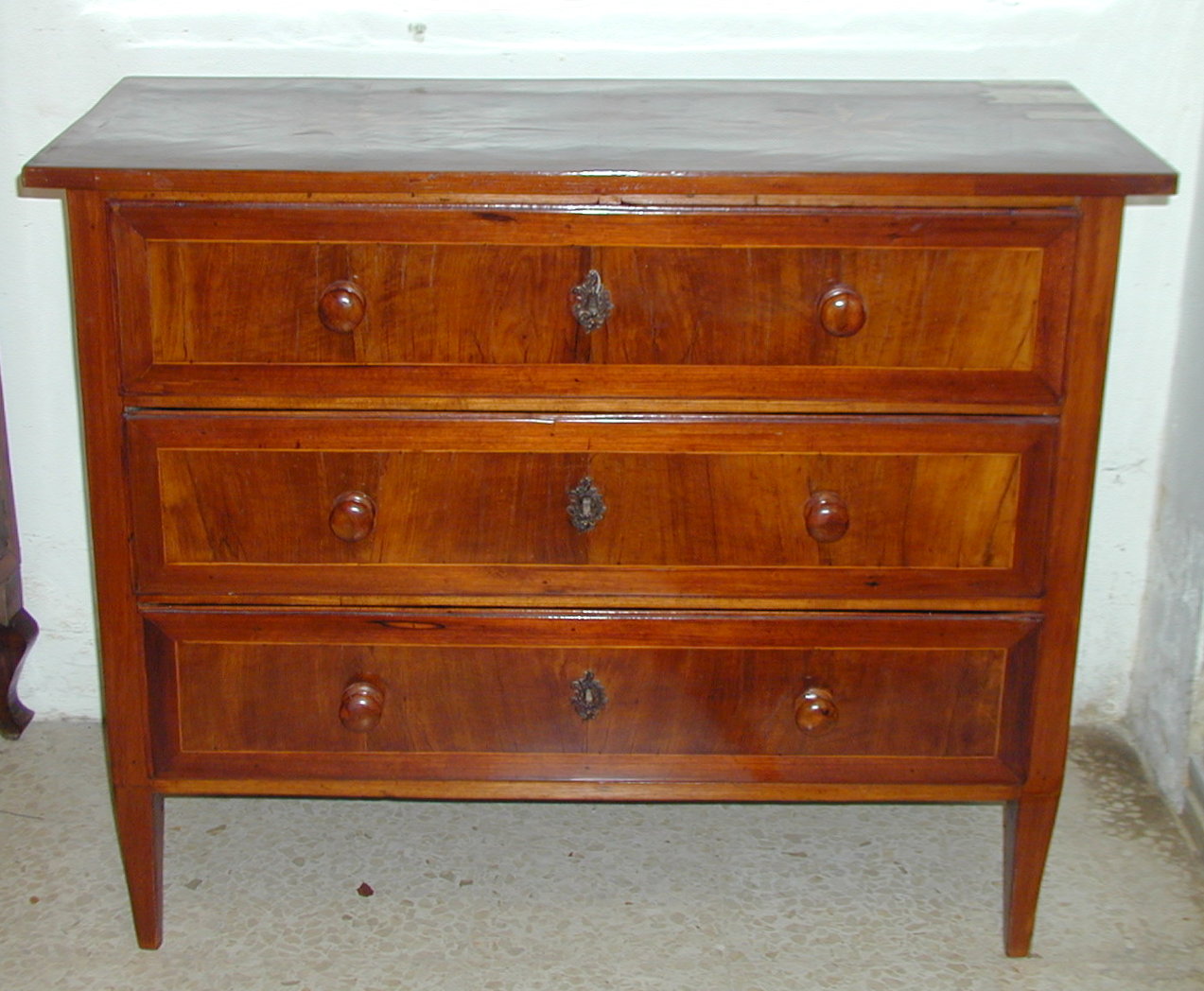 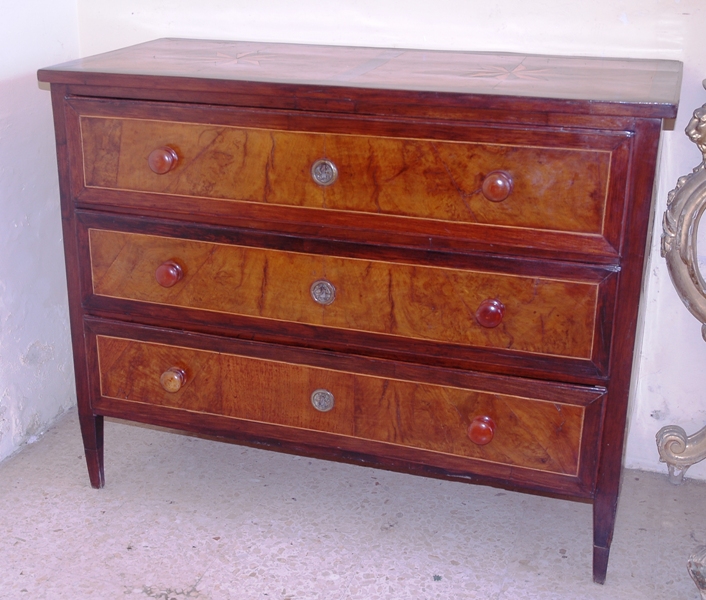 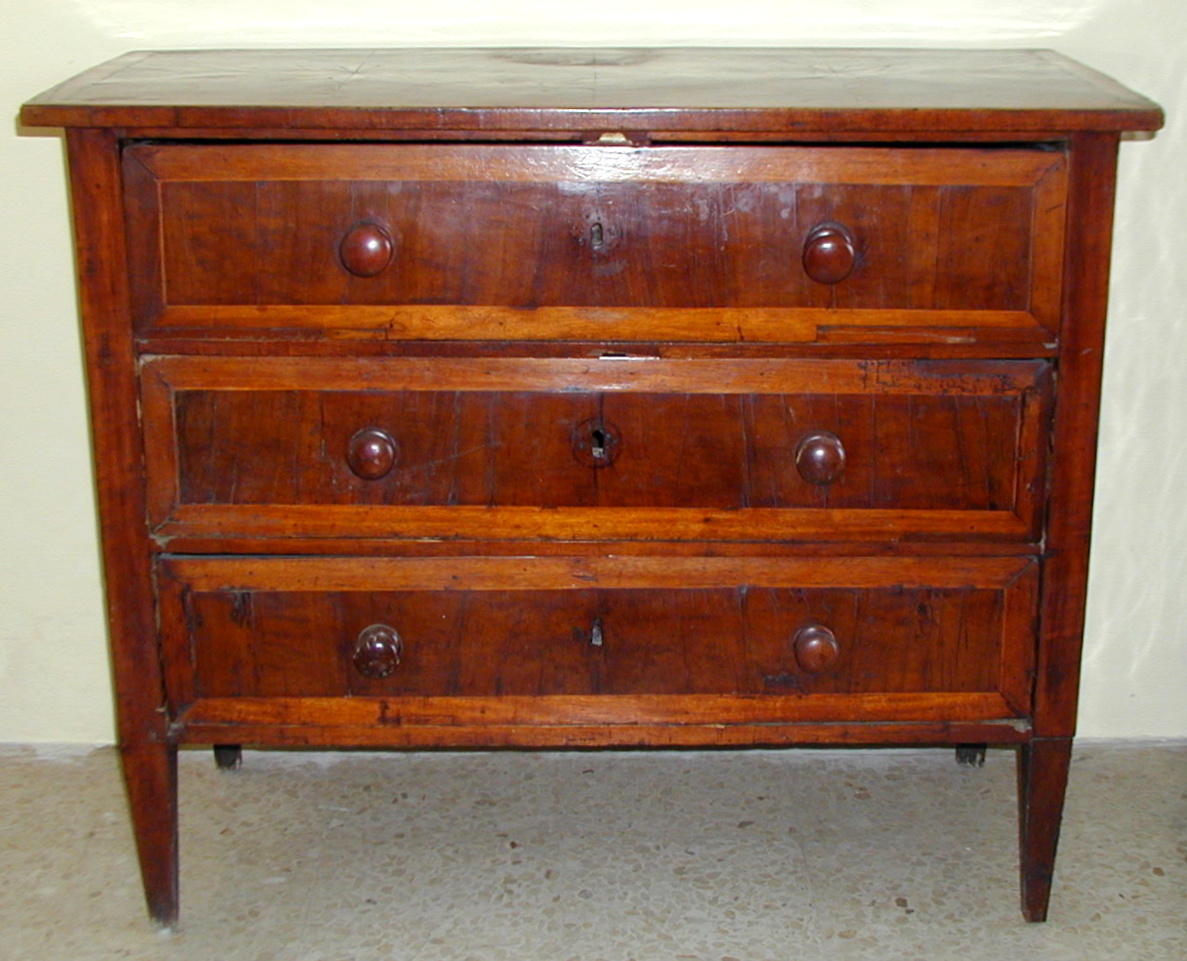 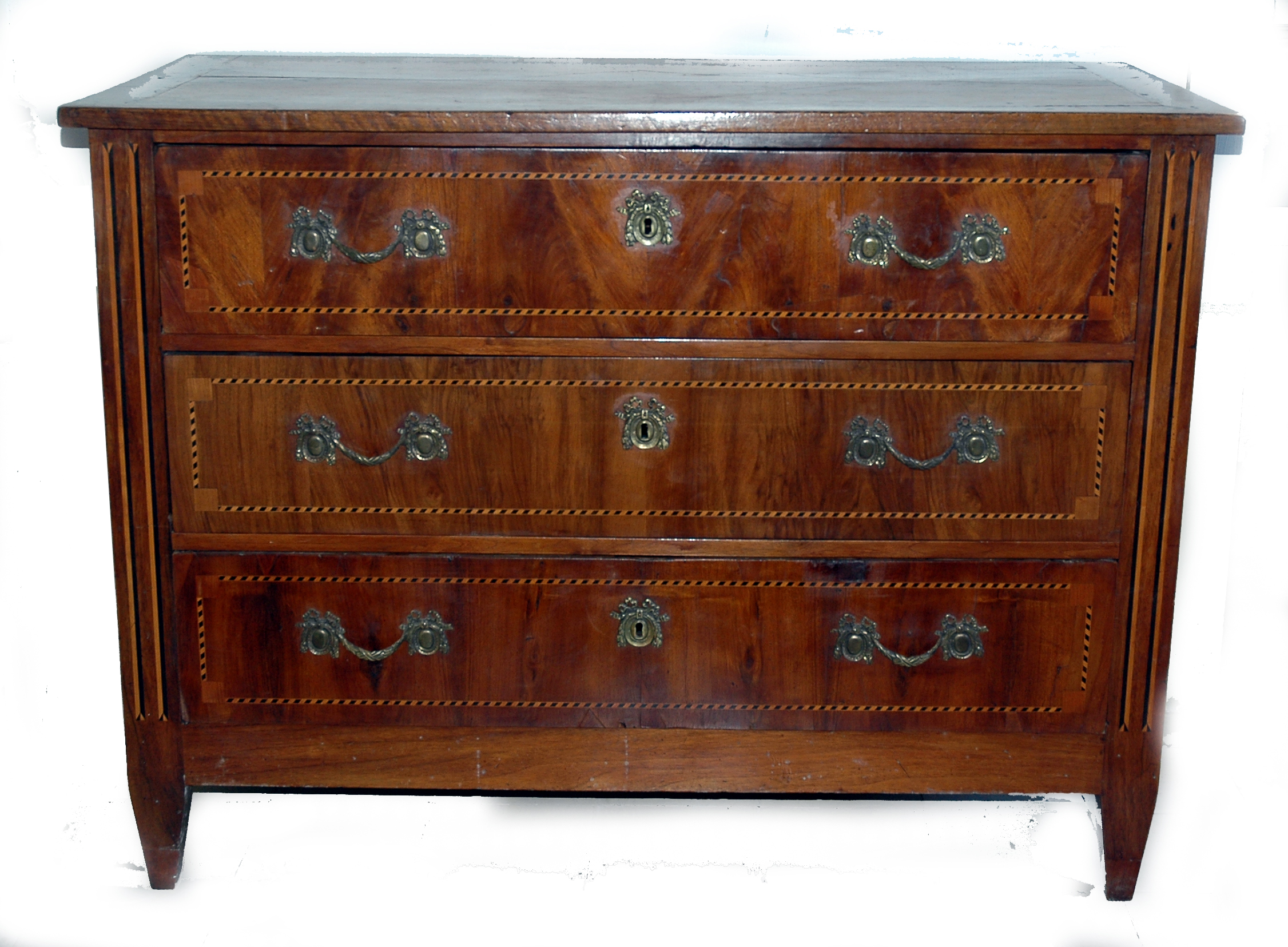 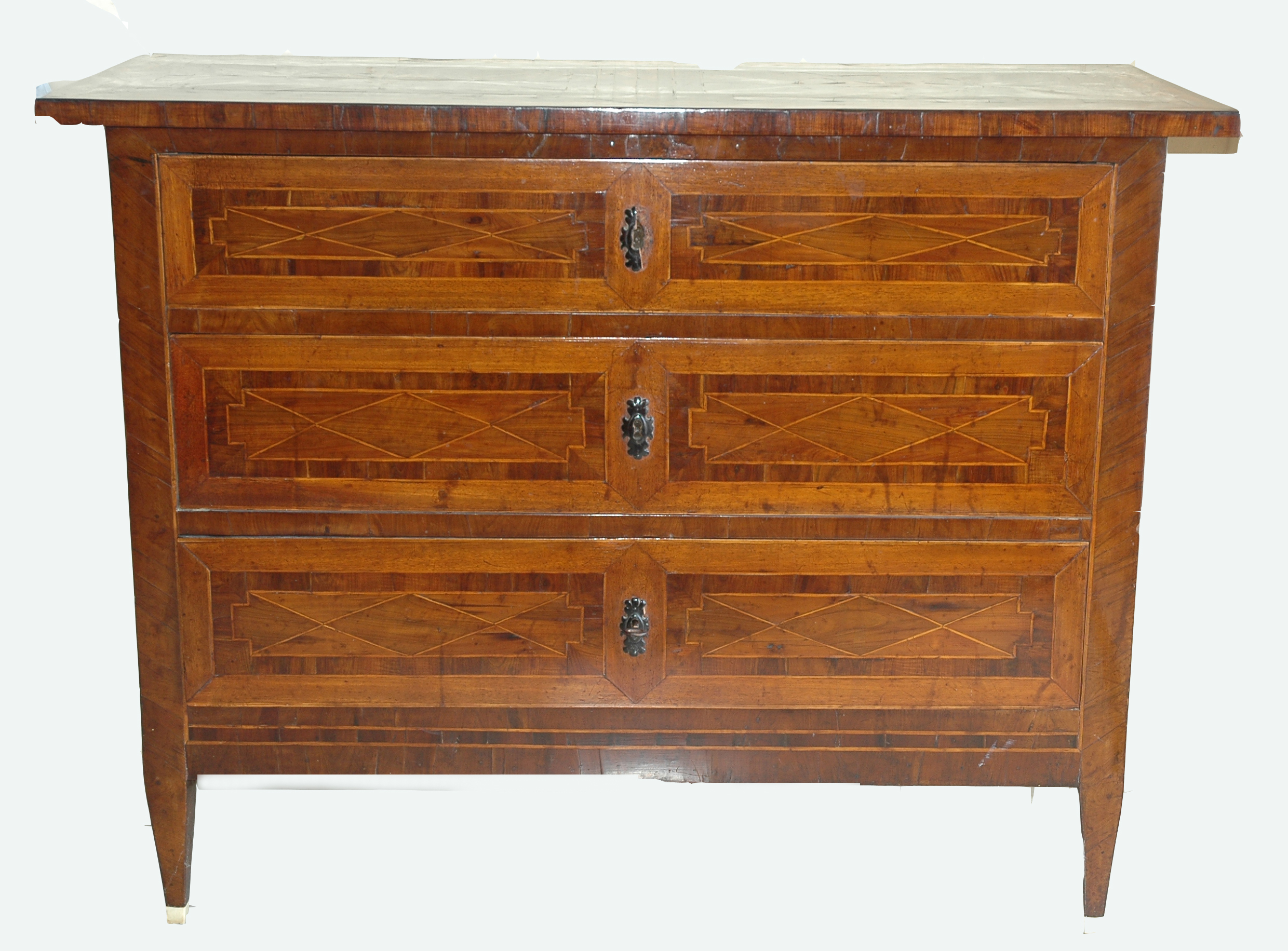 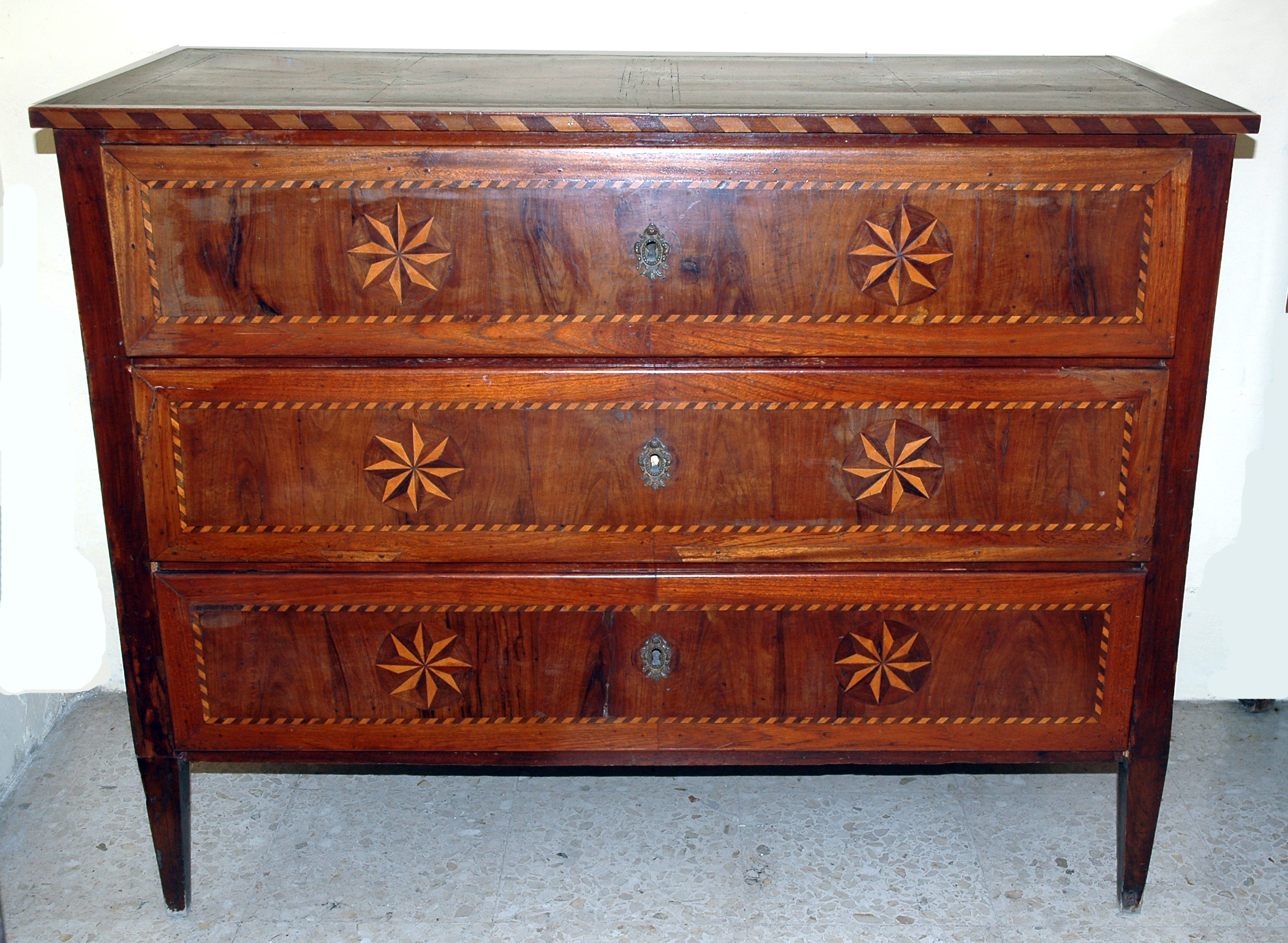 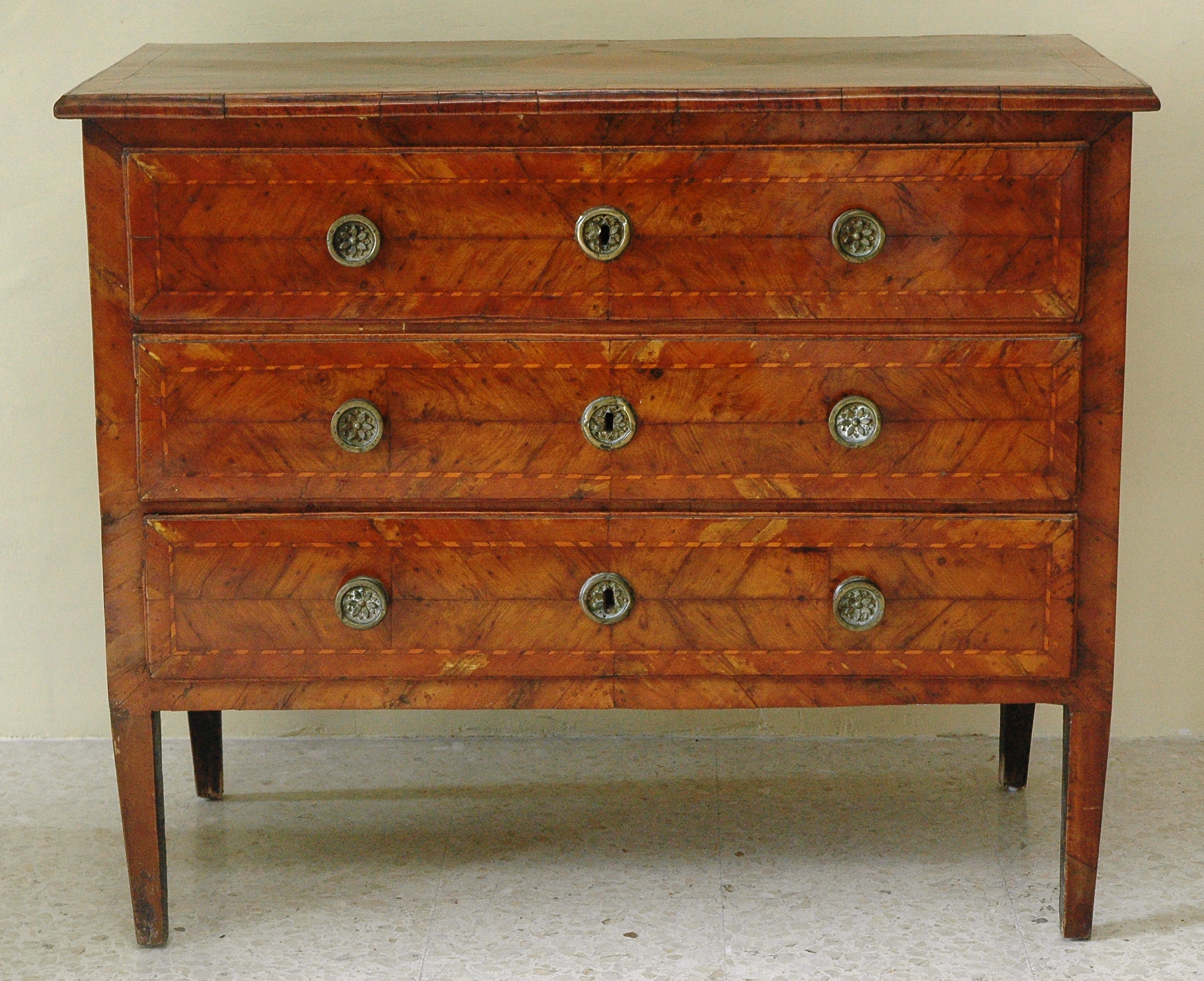