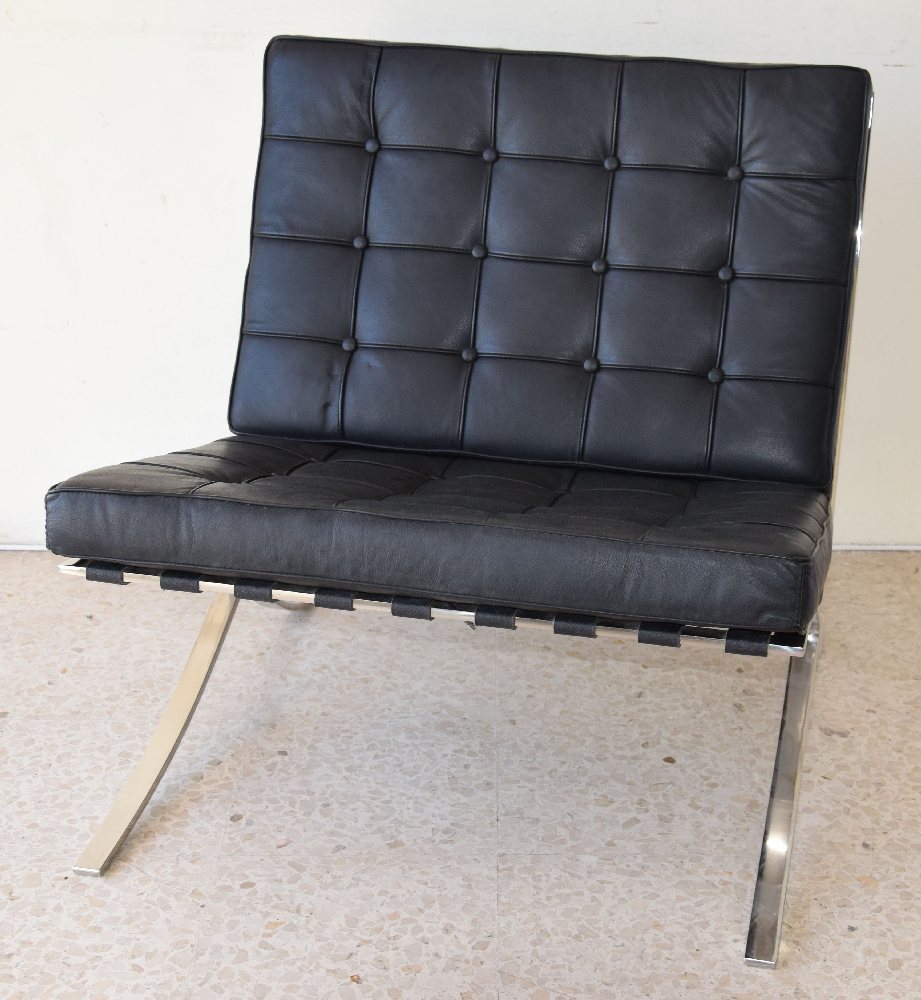 The Barcelona chair is a chair designed by Ludwig Mies van der Rohe and Lilly Reich. It was originally designed for the German Pavilion, that country’s entry for the International Exposition of 1929, which was hosted by Barcelona, Catalonia, Spain. It was first used in Villa Tugendhat, a World Heritage Site designed by Mies van der Rohe in the city of Brno (Czech Republic).[1]

The frame was initially designed to be bolted together, but was redesigned in 1950 using stainless steel, which allowed the frame to be formed by a seamless piece of metal, giving it a smoother appearance. Bovine leather replaced the ivory-colored pigskin which was used for the original pieces.

Although many architects and furniture designers of the Bauhaus era were intent on providing well-designed homes and impeccably manufactured furnishings for the “common man,” the Barcelona chair was an exception. It was designed for the Spanish Royalty to oversee the opening ceremonies of the exhibition and described by Time magazine as inhabiting “his sumptuous German pavilion.”[2]The form is thought to be extrapolated from Roman folding chairs known as the Curule chair – upholstered stools used by Roman aristocracy. According to Knoll Inc., despite its industrial appearance the Barcelona chair requires much hand craftsmanship.[3]