Armchairs, walnut or chestnut, with leather, 1670-1700. The use of turned and tapered wood together with the high back are heavy in Spanish influence of the same period. Some existing examples flaunt original leather which is near 4mm in thickness. 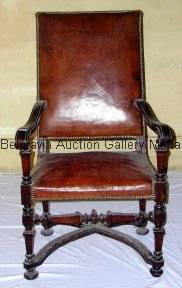 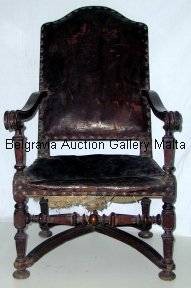 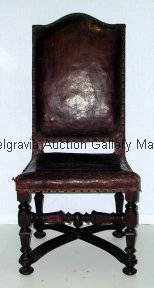 The serpentine front seat supports and the curved front legs and an early development of the style that was to be associated with the reign of Louis XV. 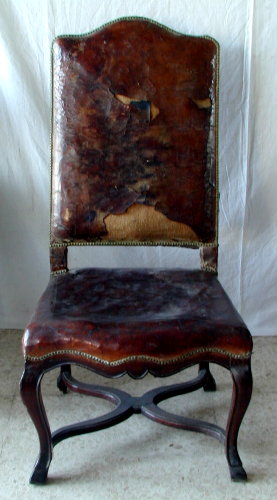 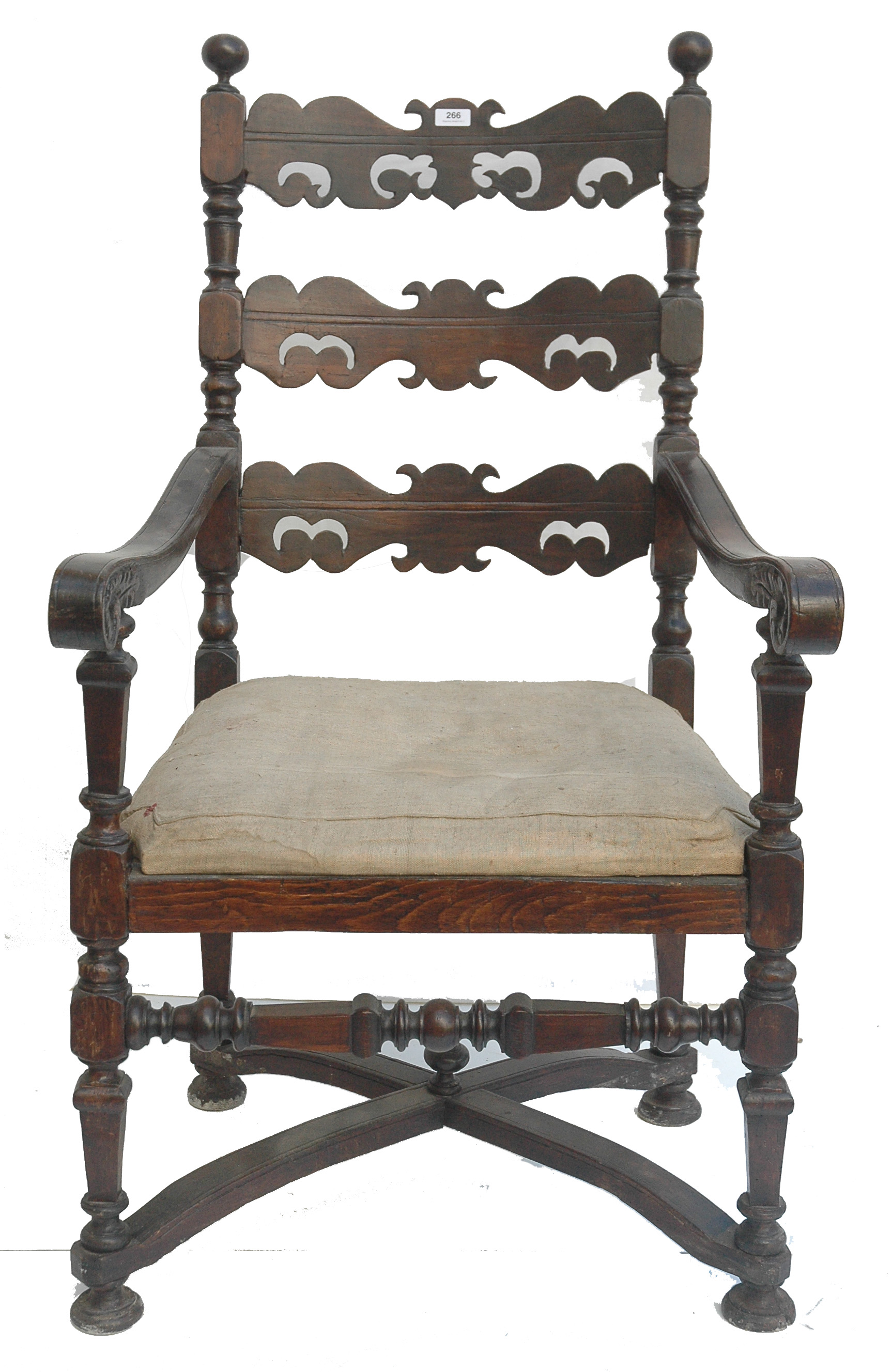 Above left, the introduction of the curved (later to become the cabriole leg) with hoof feet.

Above right, a Spanish armchair with ornate back panels, unlike the Maltese version with is mostly always upholstered. 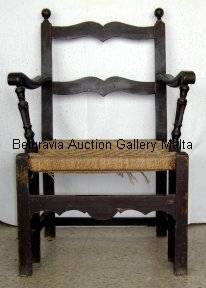 The armchair is a ‘provencial’ version of Auberge / palatial furnishings, with rudimentary seat comfort in plaited rush.