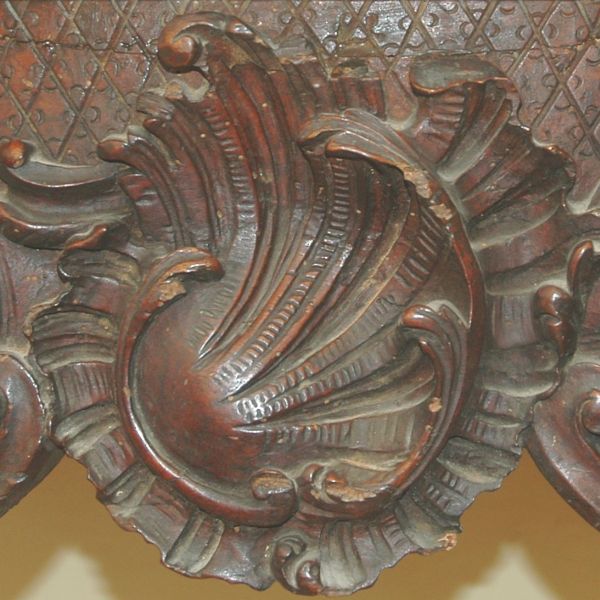 Mid 17th C. tables are very similar to chairs of the period as construction is a basic 4-leg support.

Construction consists of a deal carcass with olive wood veneer. Towards the later 17th century tables on chestnut appear with curved leg supports.

Some example of red deal tables that have appeared on the market over the years revive the debate as to whether the tables have been stripped of their veneer and restored to natural wood. 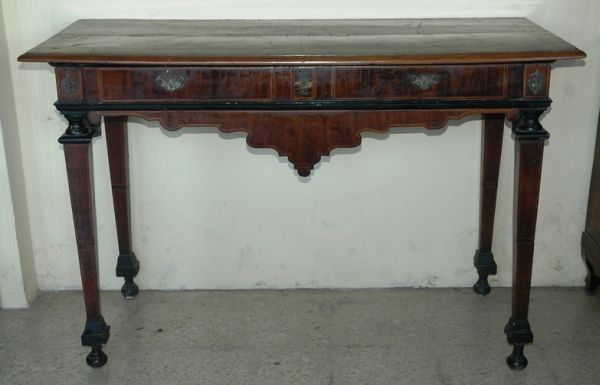 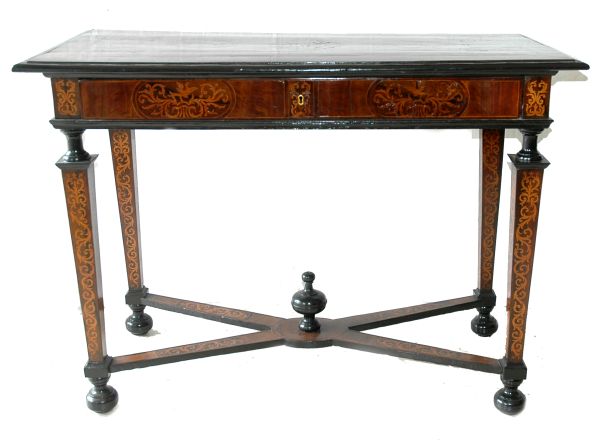 The crossed understretcher is always present in long tables. Above right: The apron below the front drawer is missing. 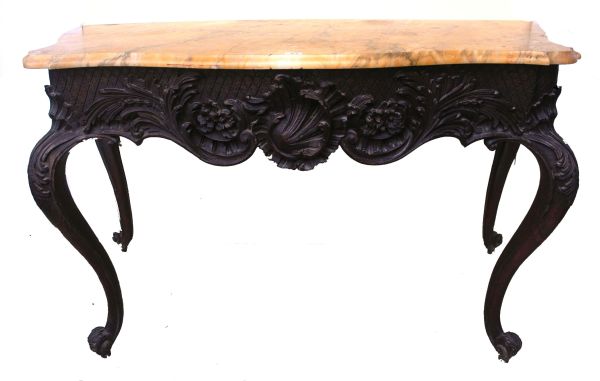 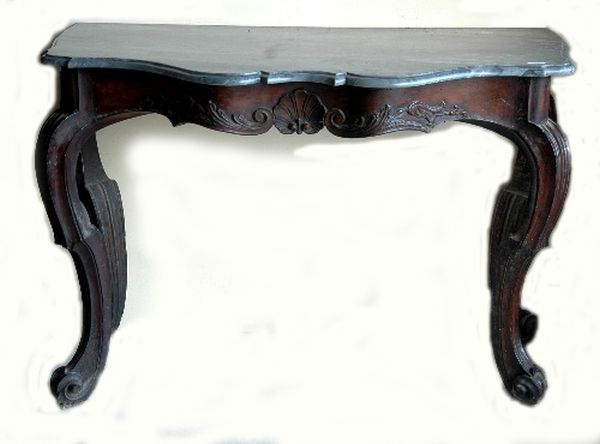 The later half of the 17th century sees examples of tables in carved wood supporting thick marble. The curved legs replace the straight leg, eventually to become the 18th century cabriole. 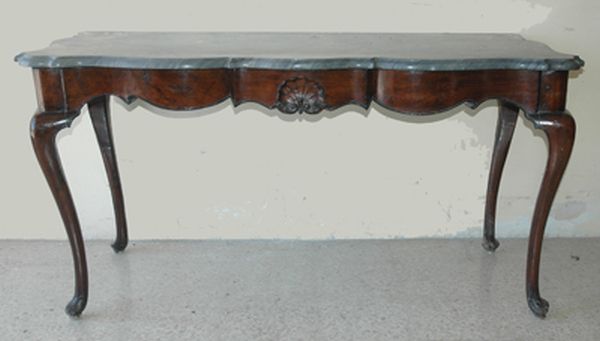 A walnut table with a carved shell on a double serpentine front panel of an extraordinarily length, ca 1720 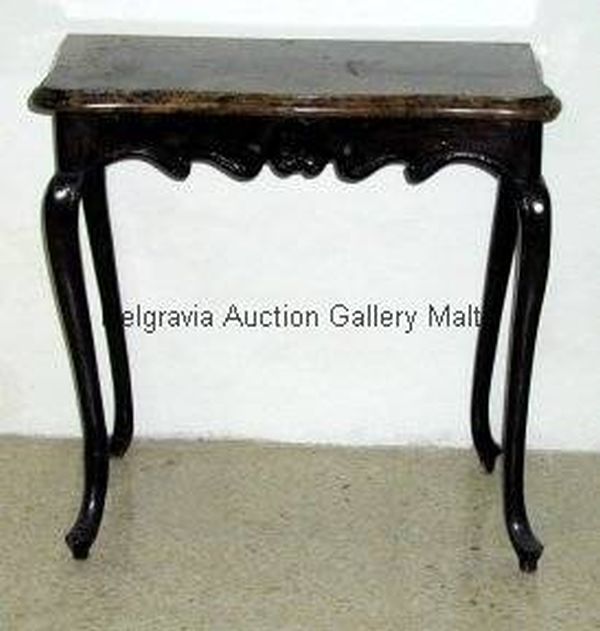 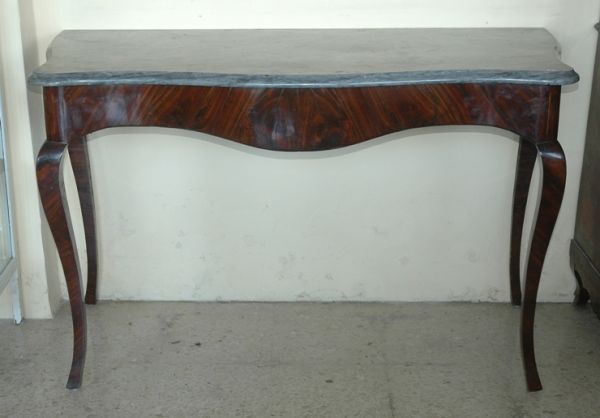 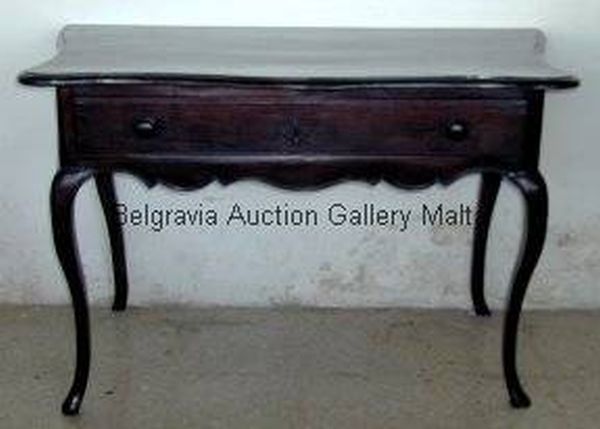 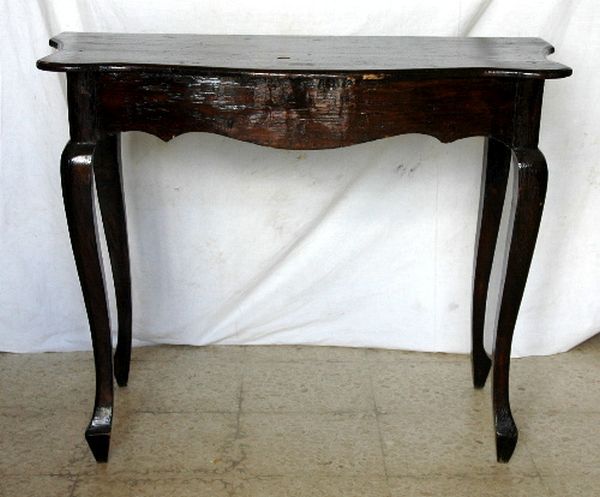 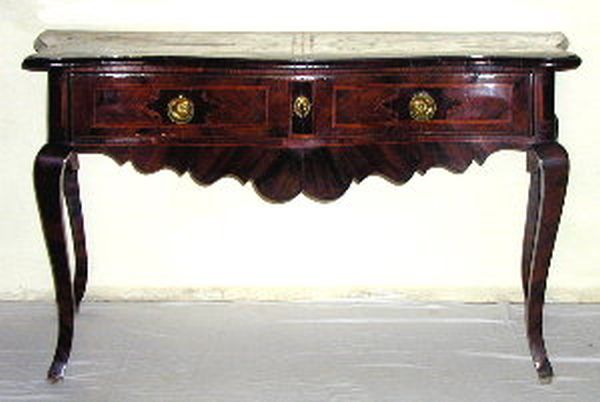 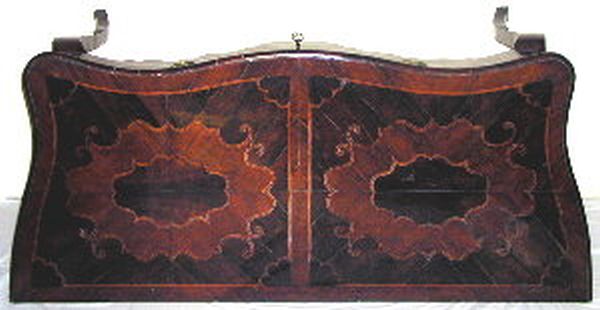 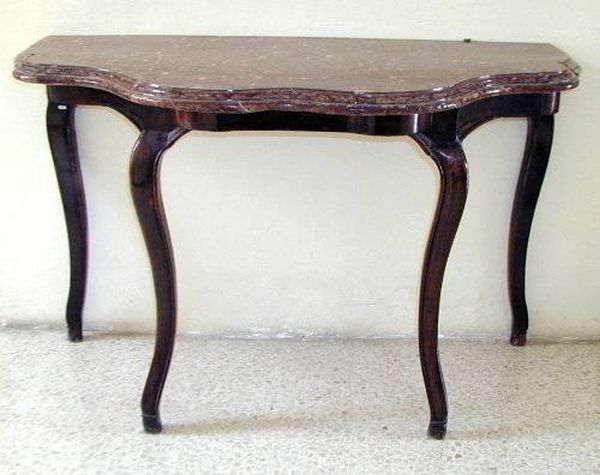 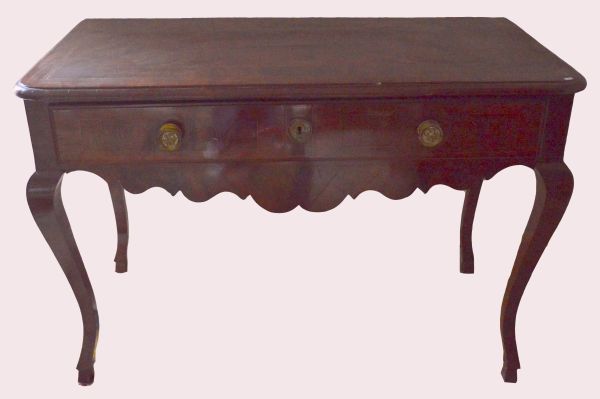 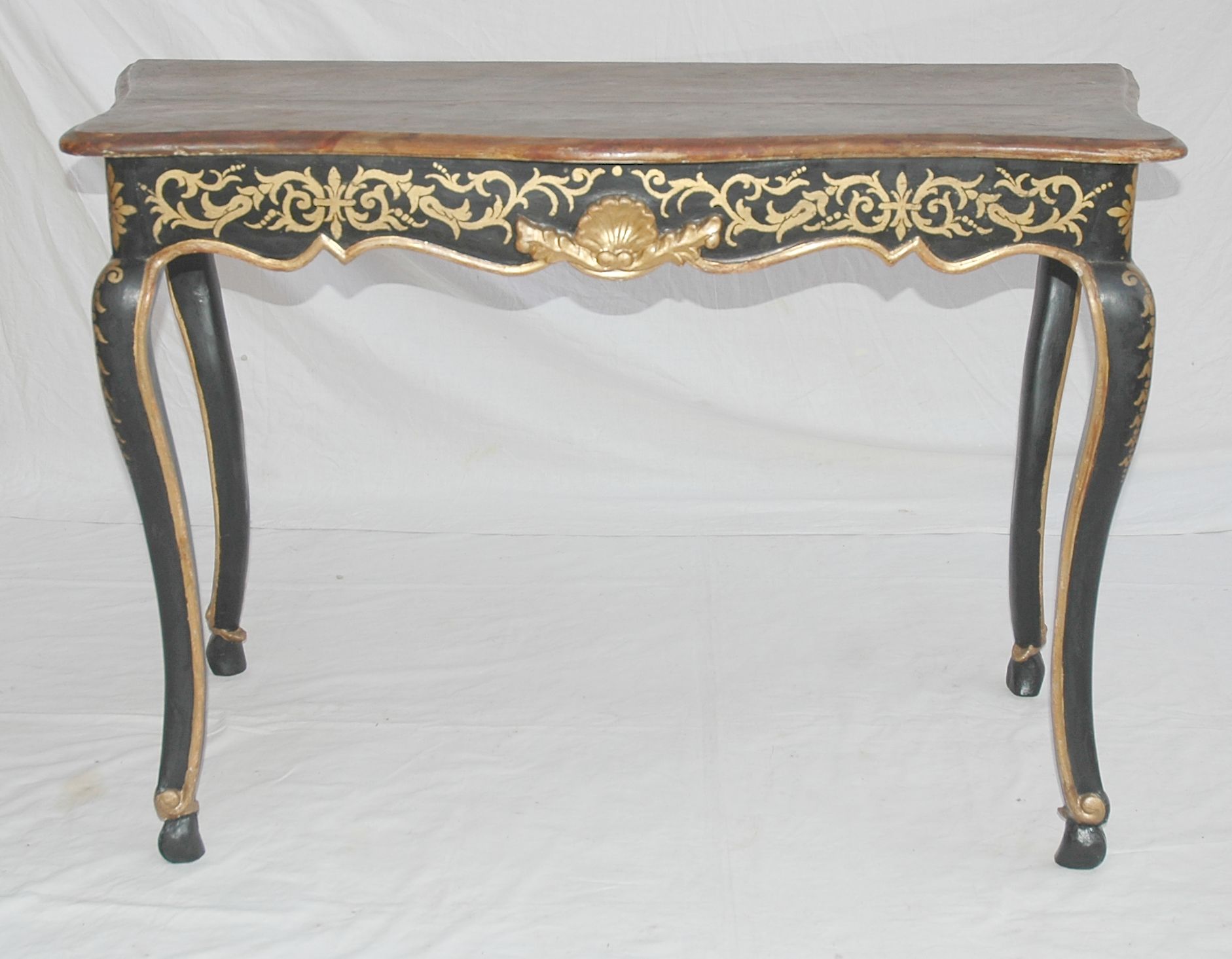 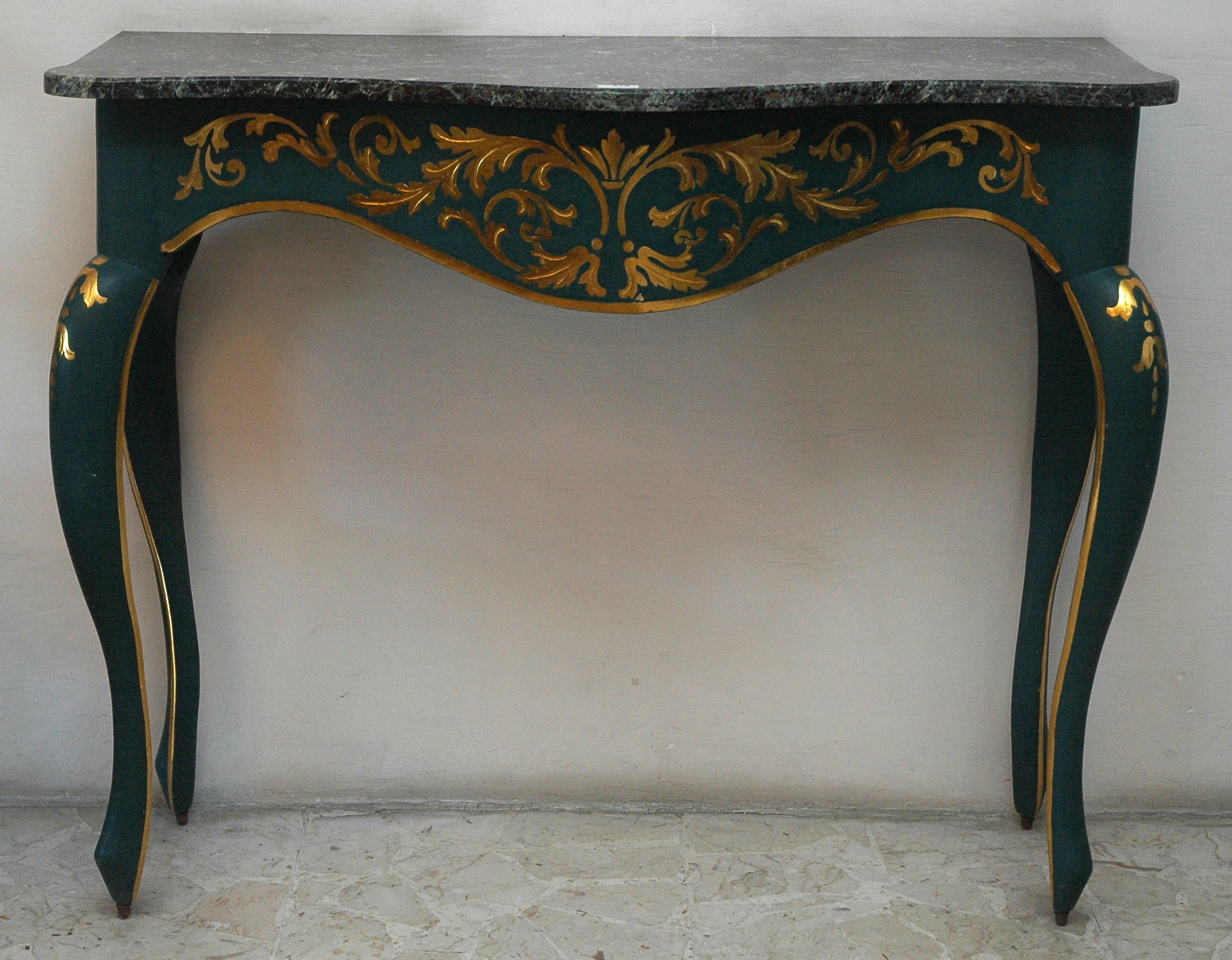 Painted and gilted side tables, 19th century; the decoration following in the traditional decoration used prominently on wall clocks and abundantly on corner cabinets. 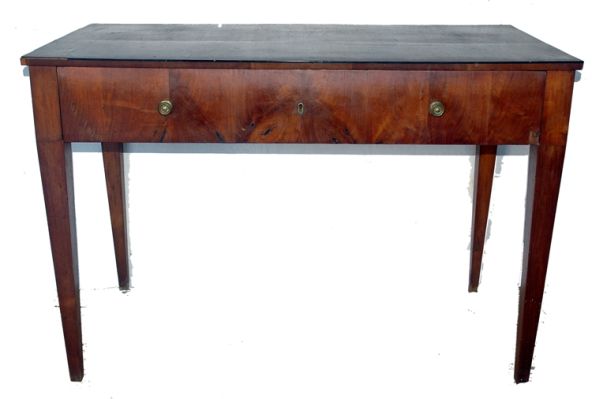 A rare olivewood veneered side table with deep drawer, in the Beidermeier style, ca 1820. 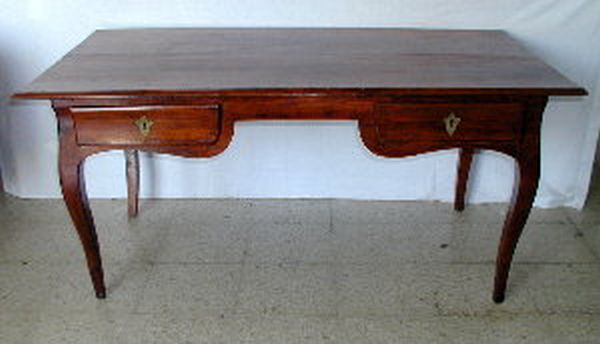 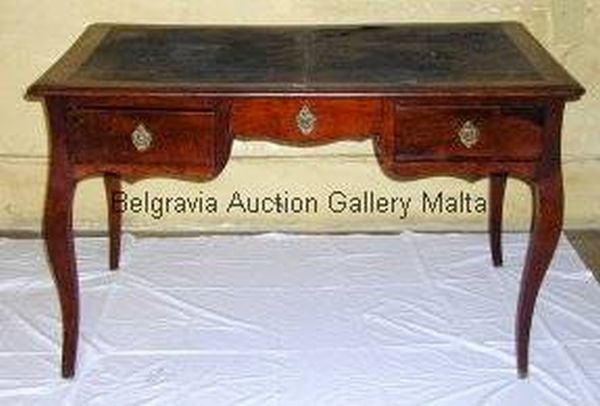 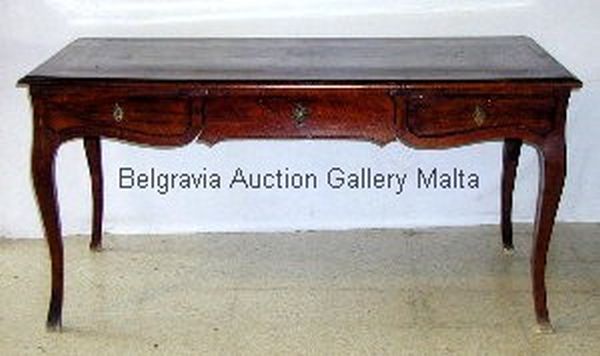