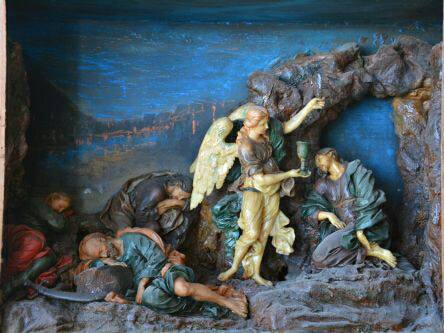 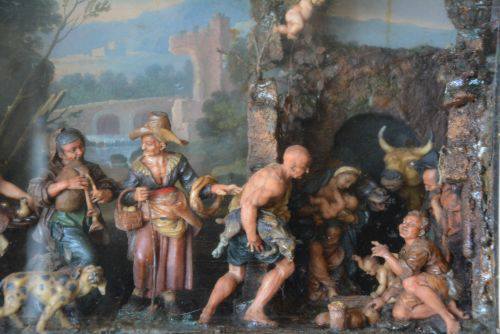 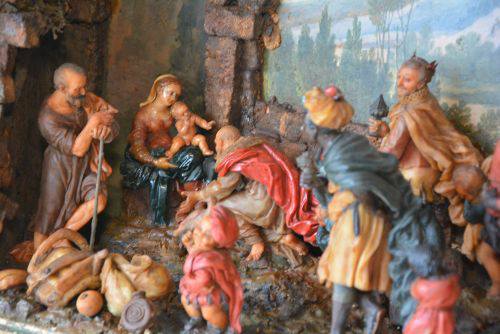 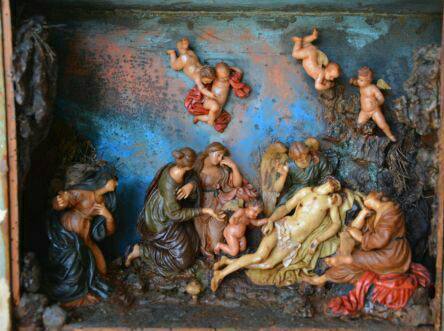 Four coloured wax, “theatres”, ca 1690, probably by Gaetano Giulio Zumba in the December 2018 auction are notably one of the most important lots of extraordinary art that have come through Belgravia Auction Gallery in the last 50 years.

Easily the most known sculptures in wax and a household term are the prized ‘bambini’ often found under glass domes. The origin of wax as a medium of sculpture was for the study of medicine in the 17th century. This use came from a need to supplant the ephemeral corpse with a non-perishable substitute for the practical purpose of not being able to meet the increasing demand for bodies. Anatomically detailed and artistically stunning waxwork models were the result. Wax modelling provided for anatomy education in medical schools.

The most important collection of 18th and 19th century waxworks is on display at the University of Bologna’s Palazzo Poggi Museum, and the Institute of Human Anatomy. The oldest and most important waxes at the Museum of Zoology and Natural History at the University of Florence, also referred to as La Specola were produced by Gaetano Giulio Zumbo (1656 – 1701) who is considered to be the pre-eminent anatomical wax artist. 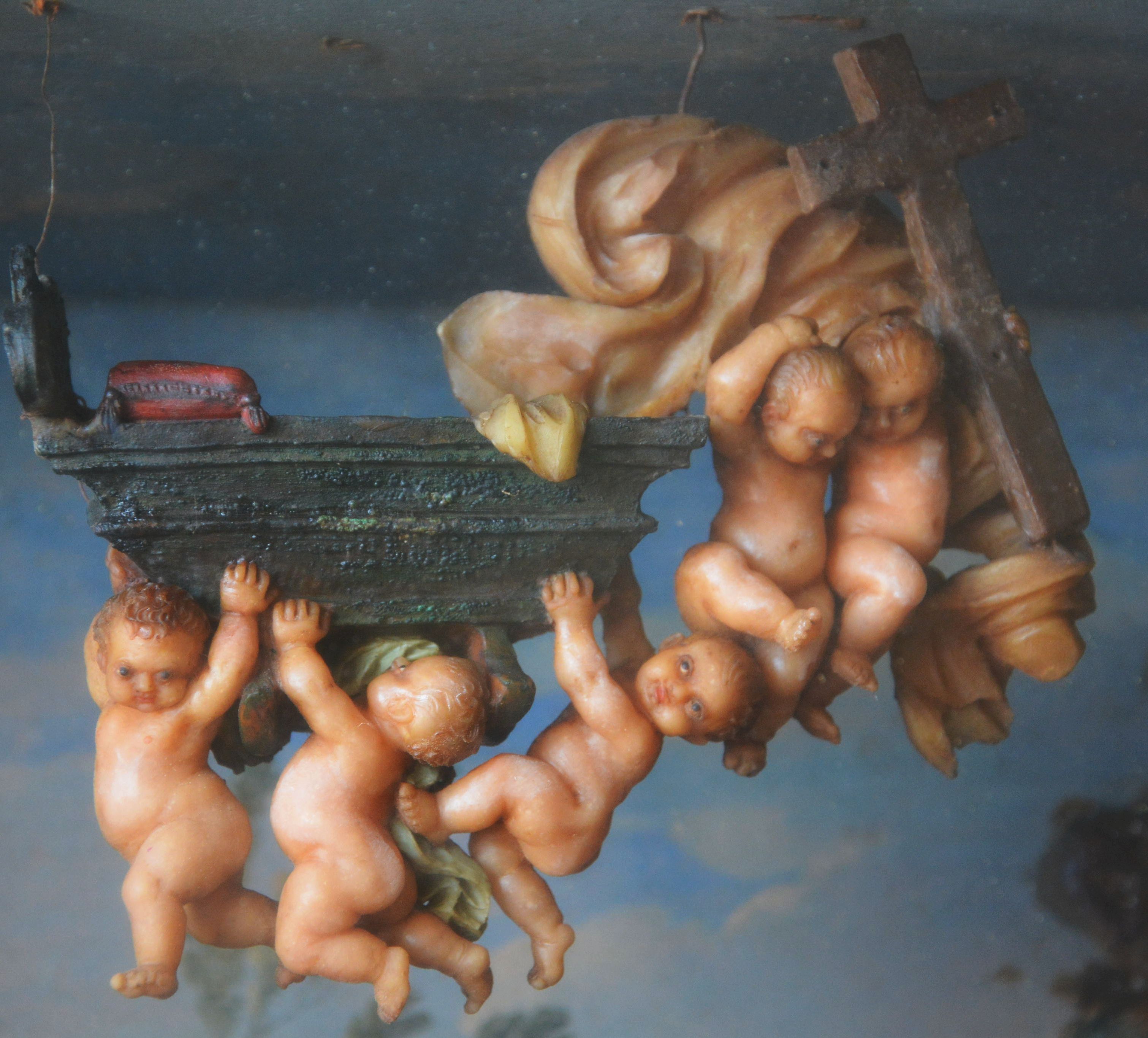 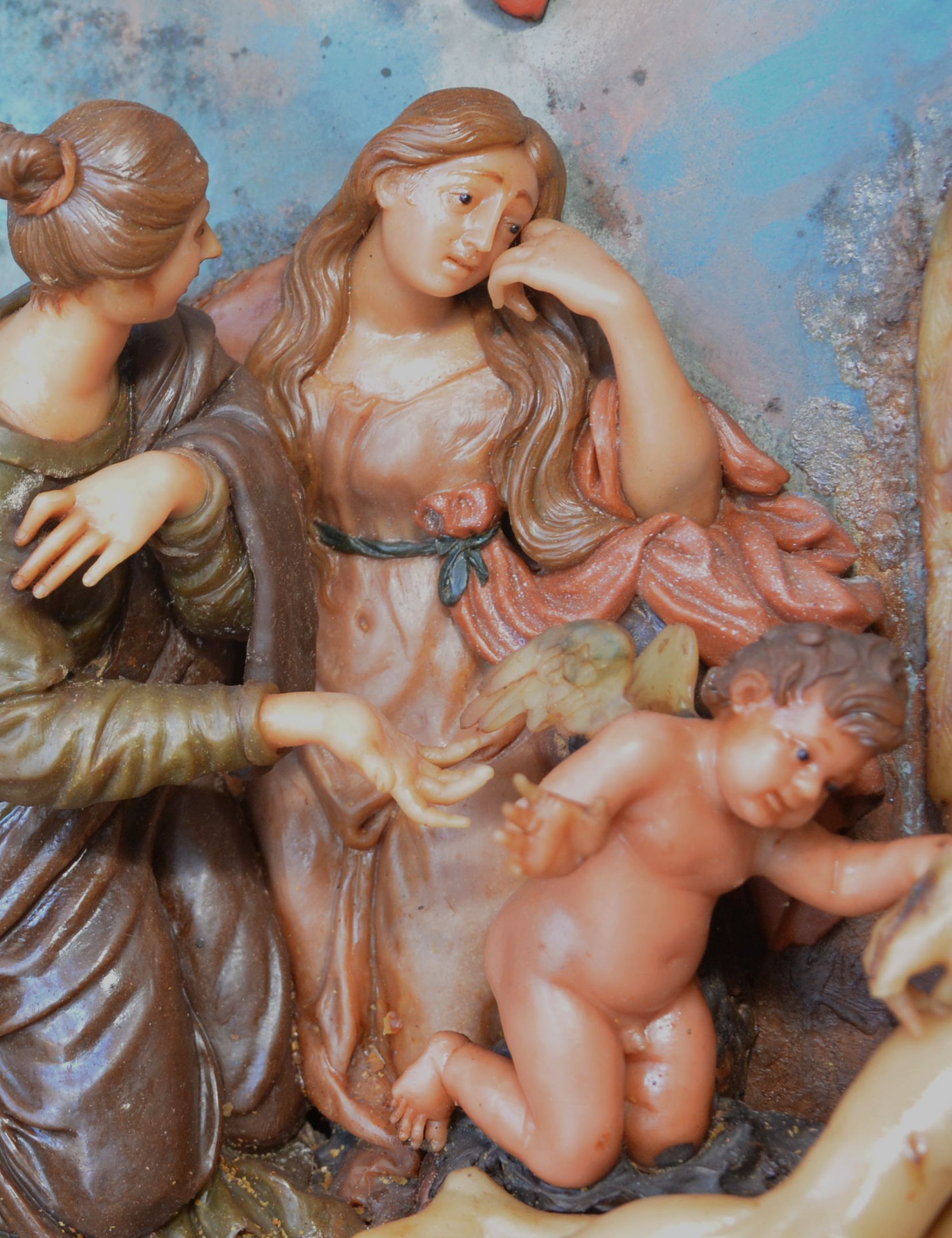 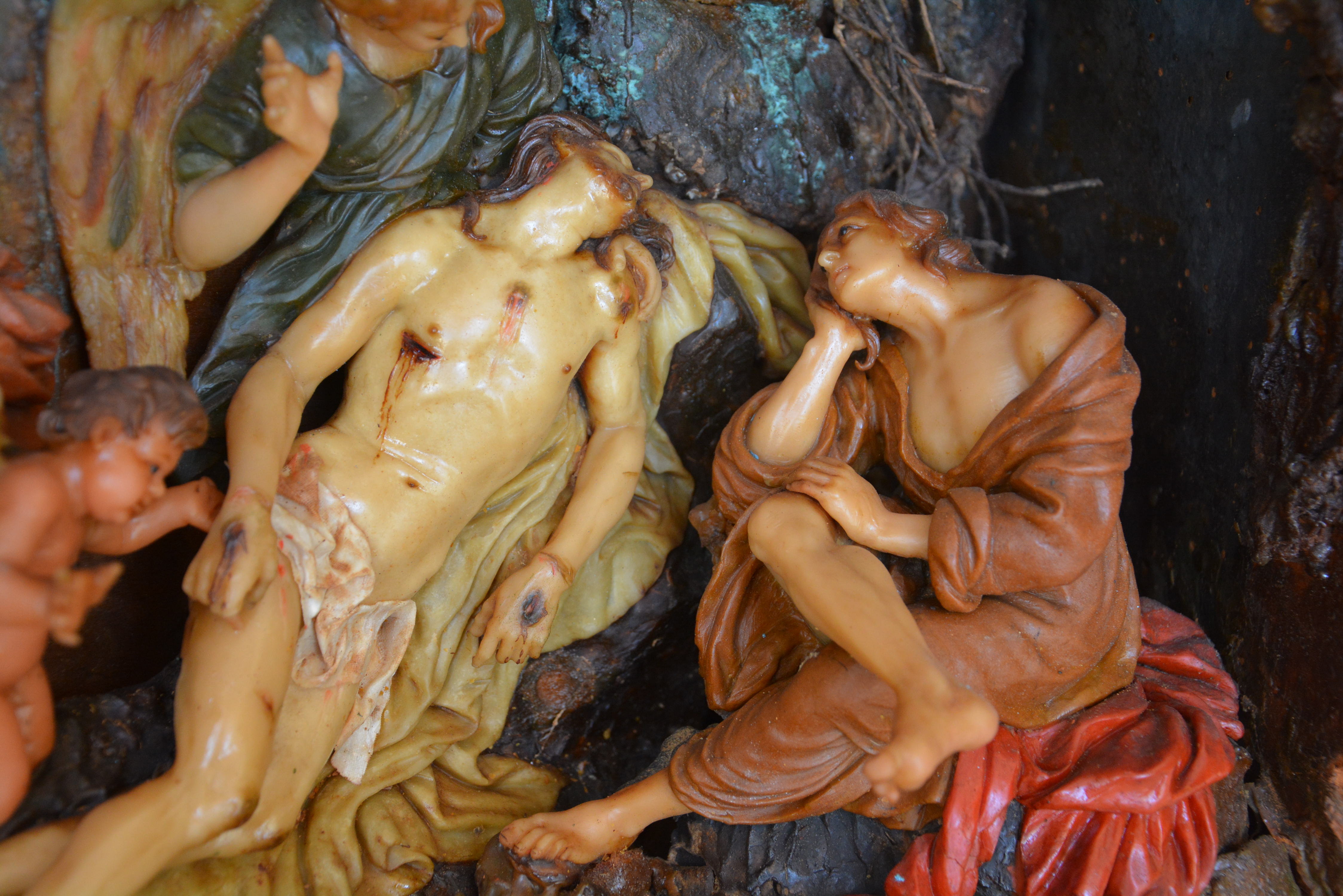 The Birth of Christ, The Epiphany, the Garden of Gethsemane, and The Deposition are all contained in their original 5-sided open cases or ‘theatres’ and are set in mahogany outer cases of the 19th century. The modelling, composition and fuller ‘mannerist’ figures, of the theatres in the December 2017 auction are closer to works by Gaetano Giulio Zumbo, than to his pupils or followers.

Similar theatres by Caterina de Julianis (1695-1742), student of Gaetano Giulio Zumbo are found in the Victoria and Albert Museum, London.